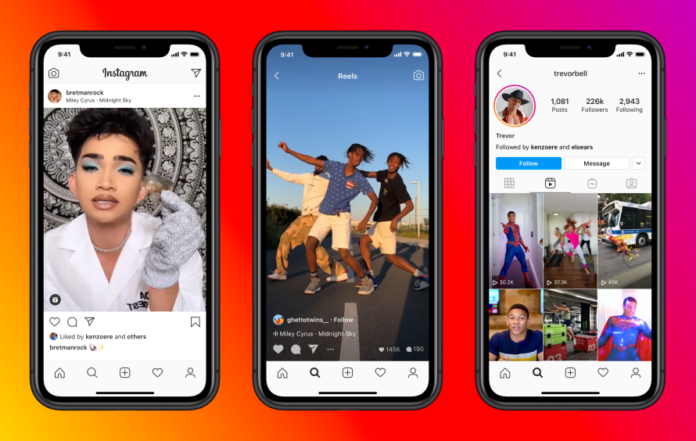 Creators on Instagram will be soon able to expand the reach of their short videos on Facebook, the social media giant declared on Tuesday. Facebook, now testing the ability to let users share public reels.

The feature will only be open to those who have public accounts.

Users who are having this feature will provoke to have the reel recommended to Facebook and can opt for it. If the users have opted for this experience, their reels can be shared on Facebook as a recommended content to anyone on Facebook based on what is relevant to them.

User’s reels will have shown with their Instagram username, not with the Facebook account name. This leads Facebook’s parent platform into the short video space in India.

Instagram reels were launched in India last year, following the Indian government’s ban on Chinese platforms like TikTok, and more. While the company hasn’t shared user numbers for Reels yet, authorities have said that Reels would be a challenging competitor for alternatives, like Moj, Josh, and Roposo.

Facebook is growing down on short-form videos by beginning the ability to create and view them on its flagship social media platform, among growing consumption for short videos in India and other businesses.

Facebook is testing a new feature that will support Reels from Instagram users on its platform in India, implemented the creator wants to do so. India is the first market where this feature is managed by the selected users such as Ashish Chanchlani, Awez Darbar, Bong Guy, and some others and the key public figures such as Suresh Raina, among others.

The company said this feature allows creators to expand the reach of its content to new audiences, although it also opens up a potential monetization opportunity for the social media giant in the future.

Last year in November, Instagram head Adam Mosseri said, CNBC plans eventually to bring ads to Reels but, it has not revealed any specific details on it, still they are working on securing the format is involving consumers and creators.

In India, it collides with more than a dozen short-video apps, including MX player, TakaTak, Roposo, and Josh, all of which have been competing for the top spot in the country after the TikTok ban.