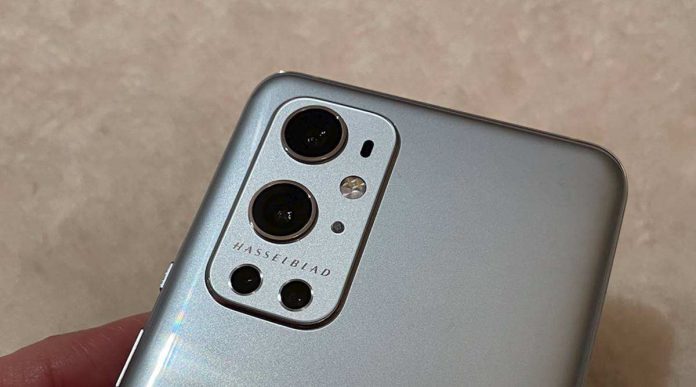 We know that the camera department has been one of the Achilles’ heels of the OnePlus product offering, and to fix that, Hasselblad is ready. The company announced a three-year long-term partnership with the iconic camera brand, which will mean that we will see Hasselblad branding for the following next few years. One of the known facts about the OnePlus product offering in the most last six years is the fact that the company realizes how to win the spec game, which means you will not discover any OnePlus smartphone lacking on paper. And, this will mean that we can expect good competition between the new OnePlus 9 Pro and the recently launched Galaxy S21+, which includes the best sensor from Samsung.

OnePlus on Monday announced details around the Hasselblad partnership, including the sensor which will be used on the OnePlus 9 series. The company revealed that the OnePlus 9 Pro will use a custom Sony IMX789 sensor which it claims is the most advanced ever used on an OnePlus device. It will support features like 12-digit RAW, HDR video recording, support for 4K and 8K videos, a panoramic camera with a 140-degree field of view in the front camera, and a freeform lens, which the company says will eliminate edge distortion in ultra-wide photos. For professional mobile photographers, the OnePlus 9 Pro will offer Hasselblad Pro mode that can provide options to adjust ISO, focus, exposures times, white balance and more. The main addition – for the first time – will definitely be the Hasselblad branding at the back, which should change the perspective of people finding shortcomings in OnePlus camera sensors.

We are excited about the upcoming OnePlus 9 Pro line-up and expect it should be something beyond a standard refresh thanks to the Hasselblad partnership, which will mean that the best camera features will be limited to the Pro model. Apart from the camera upgrades, the OnePlus 9 Pro is expected to come with top-notch under the hood prowess. It is expected to ship with a 6.7-inch QHD+ curved display with support for a 120Hz refresh rate. The smartphone is likely to pack the Snapdragon 888 processor with with up to 12GB of RAM. For storage, the OnePlus 9 Pro is expected to ship with a minimum 128GB storage variant which could go up to 512GB for the top variant.

For battery, the smartphone has been confirmed to pack a 4500mAh battery with up to 45W quick charging support. A few reports have hinted to an LTPO display on the Pro model, which we have seen on other phones like Galaxy Note 20 Ultra and Galaxy S21 Ultra.

The whole phones without charger issue began from the iPhone 12 series launch in October a year ago, where Apple said it wants to reach a objective of being carbon neutral by 2030. While a lot of phone makers first mocked Apple’s move at first however later followed the suite. Samsung was next to remove the charger from the retail box of the Galaxy S21 series, and lastly, Xiaomi’s Mi 11 was shipped without a charger.

OnePlus quietly renamed its Fnatic Mode to Pro Gaming Mode as its Fnatic partnership finished that kicked off with the launch of the OnePlus 7 series in 2019. The company rolled out new updates for several phones and renamed the famous gaming mode to Pro Gaming mode. We can expect the company to talk about the latest gaming mode during the unveiling of the OnePlus 9 series on March 23.