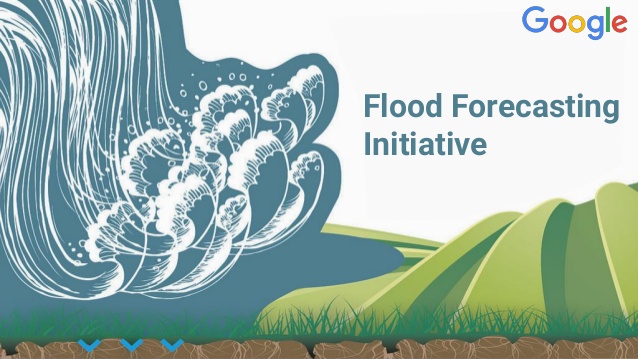 Google recently introduced a new forecasting model that will help the lead time of its warnings to be doubled up. The model is supposed to give a prior warning to the government bodies to give millions of people an extra day or two to prepare.

The model is supported by Hindi, Bengali, and seven other regional languages. With the aid of this latest model, the tech giant will supply users with knowledge about the depth of the flood, such as where and how high floodwaters are expected to rise. Data is presented in a number of ways so that all participants can read their messages and display them visually.

Countries like India and Bangladesh are amongst the ones severely affected by floods every year. The tech giant has been partnering with governments on the flood prediction project for around two years now.

At its annual Google For India flagship conference in 2018, the search engine giant indicated that the organization will use artificial intelligence and machine learning not only to forecast natural disasters but also to fix health problems in India.

In a blog post, Yossi Matias, VP Engineering & crisis response lead at Google, reported that the organization is improving its forecasting models and services in collaboration with the Indian Central Water Commission.

In June of this year, the services were expanded to the entire of India, with Google apps being used to boost the tracking of all government warnings. To date, the device has sent about 30 million alerts to residents in flood-affected areas of India.

In partnership with Yale, the representatives have toured flood-affected areas and conducted research to help comprehend what knowledge people need, how they use it to defend themselves, and what further can be done to make data more reachable. One survey recently conducted showed that 65 percent of people receiving flood warnings before the floods started to take measures to secure themselves and their properties. They have also found that there’s a lot more they can do to help including getting people even prior notifications, and having accurate details about the magnitude of the flooding.

In addition to enhancing the warnings, Google.org has begun collaborating with the International Federation of Red Cross and Red Crescent Societies. The goal of this collaboration is to create local networks that can deliver emergency warning information to residents who would otherwise not receive mobile notification directly.

Much more work remains to be done to improve the technologies that so many vulnerable people rely on — and improve them to serve a larger group of people in flood-affected areas. Together with its partners around the world, Google expects to continue developing, maintaining, and improving technologies and digital tools to help protect individuals and save lives.