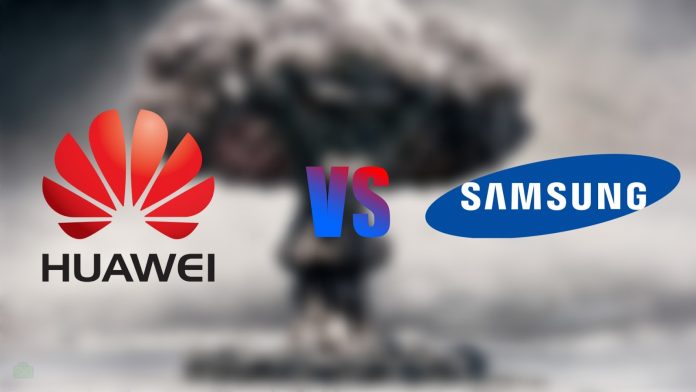 In a market where changing brands is rare, Huawei Technologies‘ blockade-induced smartphone slump has the potential to compete.

Huawei’s sales have plummeted in recent months due to US restrictions restricting access to key parts, which has benefited South Korea’s Samsung Electronics and other Chinese manufacturers.

Samsung, the world’s largest smartphone maker, will launch its new flagship Galaxy S21 on Thursday, almost a month ahead of its regular timetable.  Industry analysts capitalize on the weakness of No. 2 manufacturer Huawei. Samsung recently predicted a 25% increase in quarterly operating profit, and phone sales soared again.

Soon, Huawei is moving forward with the goal of permanently unsetting Samsung.

In the three months ended September 30, the global market share fell to 15 percent from a year earlier.  Market researcher Canali’s Incorporated commented that Samsung has risen to 23 percent. The Chinese budget smartphone makers like Xiaomi corporation and Vivo Electronics Corporation were also benefited.

Industry analysts predict that these trends will continue into the last months of 2020, with a slight withdrawal in exports. The overall smartphone market has struggled to recover from the onslaught of the coronavirus pandemic last spring and summer. Analysts say consumer demand is expected to return to pre-pandemic levels this year.

Apple Inc. has not benefited much from Huawei’s problems. Only about 10% of users of Google’s Android-powered smartphones switch to iPhones – a figure that has been around for years, according to Consumer Intelligence Research Partners LLC and market researcher – and just 7% switching to other options.

Samsung needed a misunderstanding from Huawei. The big bets on 5G and foldable screens failed to overcome the South Korean company’s own multi-year smartphone sales slump. In order to better compete with Chinese manufacturers, Samsung began to pack low-cost models with the features once reserved for its premium flagship products.

Counterpoint Research Analyst Tom Kang said the strength of small-scale manufacturers lies in their versatility and feature-packed phones at budget rates.  He said Samsung’s marketing overhead is high and its product-development cycles are long.