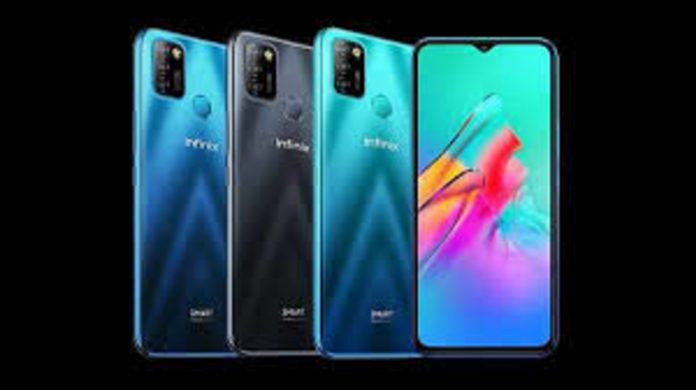 Infinix is expected to launch yet another smartphone in the entry-level market. The company revealed on Tuesday that it will launch a sequel to the Smart 4 that has already been released in the budget segment. The Hong Kong-based smartphone manufacturer has announced that the Smart 5 will be unveiled in India on 11 February.

The successor to the Smart 4 will be released in four color versions, including Morandi Gray, 6 degrees Purple, Aegean Blue, and Obsidian Black. The mobile was made official in Nigeria earlier this year. Earlier, Infinix launched Smart 4 Plus and Smart HD. Although Infinix has not disclosed the exact smartphone pricing, it is being speculated that the smartphone will be released under Rs 8000. The Smart 5 will only be launched on Flipkart. The mobile will be available with color choices.

Infinix Smart 5 features a 6.6-inch HD+ display with a 720×1600 pixel resolution. There is a waterdrop notch indicator on the front of the selfie camera. The smartphone is powered by MediaTek Helio A20, which is coupled with 3GB of RAM and 64GB of storage. Storage can be expanded with a microSD card. The Smart 5 is running on Android 10. The mobile features 4G LTE, dual-band Wi-Fi ac, Bluetooth, GPS, and a 3.5mm audio jack for connectivity.

In the imaging department, the Smart 5 features a triple rear camera consisting of a 13MP main camera and dual-12-megapixel sensors. There is an 8-megapixel or selfie camera on the front, along with a triple LED light. The mobile comes with two flashlights, too. There is also a back-mounted fingerprint sensor that measures 165.4 x 76.4 x 8.8 mm and weighs 183 grams.

As far as the battery is concerned, the smartphone has a 6,000mAh battery. As per the company, a big battery will have a 31-day standby time that delivers up to 23 hours of non-stop video streaming, 38 hours of 4G Talktime, 44 hours of music playback, 23 hours of web browsing, and 13 hours of gaming.

Passionate in Marketing - January 13, 2022
0
Chennai, 13 January 2022: Kia India, the fastest-growing carmaker in the country, today announced the commencement of the pre-launch bookings for its...