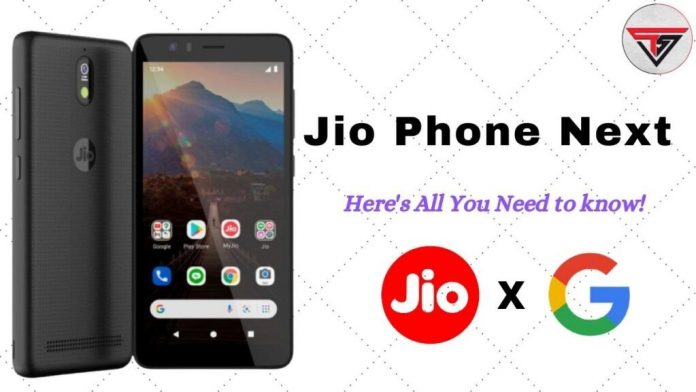 Reliance Industries (RIL) Chairman Mukesh Ambani quoted that “2G-Mukt and 5G-Yukt” at the 44th annual general meeting (AGM) on Thursday outlined for the group’s digital venture.  2G Mukt will be achieved by the company after the launch of the 4G smartphone. Reliance Industries accompanied by Google will produce 4G smartphones in India. The 5G road map is an integration of Google Cloud and Jio’s homegrown technological solutions.

Jio Phone Next is powered by an optimized version of the Android operating system which is ultra-affordable. It is packed with features like Google Assistant, automatic read-aloud of screen text, language translation, and smart camera with augmented reality filters etc. It is expected to be within a price range of 5,000. By the release of this phone more than 300 million subscribers who are still using 2G featured phones would migrate to 4G services. Earlier Jio Phone which was not exactly a smartphone but provided with some additional features that conventional feature phones didn’t, there was a substantial increase in the subscriber count. A saturation point was reached, which caused a lag in terms of monthly subscriber addition for Bharti Airtel. A trend that got overturned, when a slew of new tariff packages took over. Analysts maintain that introducing an affordable smartphone will not only increase subscribers but also help to improve average revenue per user (Arpu). Airtel supports Jio and Google for the introduction of low-cost smartphones. Sundar Pichai, CEO, Google and Alphabet who joined the AGM virtually said, “Their goal is to provide the Indians with all the information’s in their language and they are very much excited to tell that their next steps in vision was to provide all Indians with an affordable Jio smartphone created with Google. By introducing it, new users will be experiencing the internet for the very first time”.

Ambani also said that Jio would be using Google’s cloud cutting-edge technologies to power Jio’s 5G Solutions and also for the internal needs of businesses like Reliance Retail, JioMart, JioSaavn and JioHealth. The company tested Jio 5G solutions which was a great success in India, for they have installed it in all their data centres across the nation and at their trial centres in Navi Mumbai. In alliance with Facebook, Microsoft and the trial version of integration between WhatsApp and Jio Mart. Ambani said that the Optic fibre network under Jio fibre is under maintenance due to lockdowns and restrictions throughout the country. The data consumption has grown to more than 3.5 times that of last year. More than 12 million homes and business premises in the top 100 cities are using Jio optical-fibre network.