The Joe Biden administration has been focusing on the fiscal policies to bring the country’s pandemic hit economy out of its current state with more strategic initiatives expected to be on their way. This situation has worked out well for most risky assets like stocks and the reports by Deutsche Bank states that the equity risk premium remains historically high. But the report also expresses concern over the impact the rising fixed-income yields are going to have on them.

The improving macroeconomic environment powered by the fiscal input will support Wall Street but the probable future regulations and taxes might have just the opposite effect. But since the Democrats have smaller majorities in Congress those plans could be stalled for a while. This positive and improving macroeconomic cycle is going to benefit the equity investors in terms of earnings as the stock prices keep rising. Simultaneously this situation also leads to a rise in fixed income yields catching the attention of the investors since the risk/reward balance shifts back to fixed income’s favor

Deutsche Bank further stated that even though higher rates may mean compression on common values, it may not result in negative price returns. It stated that a more violent increase in Treasury yields from the current level might negatively impact equity performance. The present risk premium between S&P 500 earnings and 10 -year U.S Treasury is lower than last year but is still positive. It noted that the current premium put it in the fourth quintile rank (as been measured since the year 1962, and that historically resulted in low double-digit equity returns on average).

A rise in fixed income yields can have different impacts on certain equities. If the real interest rates would force the normal yields to rise, it would result in negative impacts on defensive and higher-quality growth valuations. In case of higher inflation, capital intensive firms are likely to be most affected. It was said that the implication was that investors would deliberate companies with CAPES-lite business models or those with a higher percent of intangible assets as being in a better position to thrive in a higher inflation regime. Financials have always had a strong positive correlation with rising interest rates and steeper curves while on the other hand sectors like Utilities and Real Estate face a negative correlation. 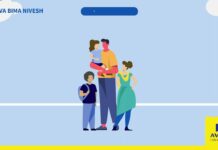 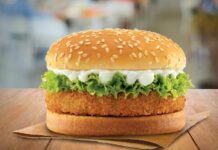