A new campaign was launched by Kirloskar which was conceived by Lowe Lintas to show us how much it touches the hearts of millions of people across sectors and geographics. From being an Indian brand Kirloskar has come a long way to being strongly anchored in the SA, SEA, and EMEA markets. All of these make it one of the few Indian MNCs who were able to go global. A B2B brand like Kirloskar must go beyond saliency and create affinity because of the nature of its business. It is safe to say that without seen by the public view its products are always working in the background. For several-years affinity was been created consistently by the brand by owning a universal theme of smiles.

President of the Kirloskar Proprietary Limited, Madhav Chandrachud commented about the campaign that almost every Kirloskar is intermediate therefore one might not get to see one working. The communication is humane enough for a wide cross-section to relate to and emotionally connect with the brand, with its wide range of engineering products. It was confirmed to be not a burden with the complex product stories. They are extremely satisfied with the partnership with Lowe Lintas who handles the brand communication seamlessly for the past years. They described Lowes Lintas as a like-minded agency. Lowe Lintas agreed to shoulder their brand custodianship. Around the core insight, the communication was shaped by Lowes Lintas and the key assets that the Kirloskar tries to find so that they can build many smiles. Powering critical applications with generating sets or compressors for air-conditioning or many more, behind the scenes Kirloskar works silently and reliably touching millions of people.

The executive director of Lowe Lintas, Shantanu Sapre commented that this innovative idea was to celebrate millions of people’s smiles that Kirloskar has been cherishing, and garnering globally for many years. To make human-centric the production, and creative challenge without compromising on creativity in the new normal. A simple and elegant solution of setting the film in a photo studio with changing cast members and backdrops was come up by a creative team led by Prathamesh Gharat, Tejas Dangre, and Joshua Thomas, while the inputs are shared by Charuvi Lokare, and ably supported by Business Head Aniruddha Oka. Even without traveling the world by this method, they can convey Kirloskar’s global presence Currently on several markets that Kirloskar serves the film is on air. 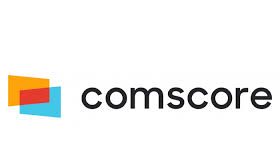 Neeraj S - January 18, 2021
0
Global trusted partner for planning, transacting, and evaluating media across platforms, Comscore, shows how countries around the globe managed to recover from...