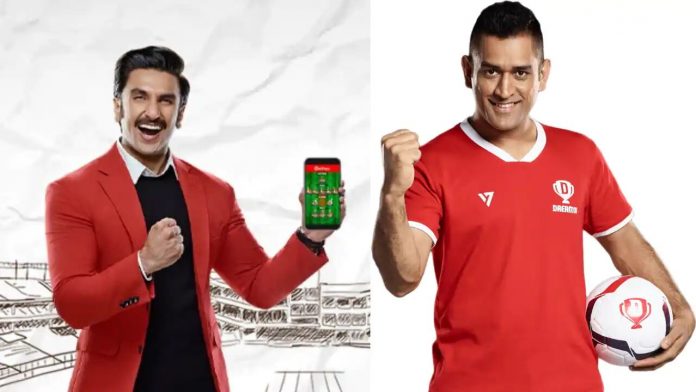 The Indian Institute of Human Brands (IIHB), led by Dr Sandeep Goyal, had recently released their findings of how various celebrities and brands are faring in India’s one of the mega sporting event, the Indian Premier League. The IIHB conducted a mass polling, where 879 respondents participated. This polling was conducted for people between the age of 18 to 35 years across India.

M S Dhoni and Ranveer Singh were the most recalled ambassadors for the IPL season of 2021.Dream11 was the company that was spontaneously selected brand in this year’s research done by IIHB. M S Dhoni had a CELEBAR score of 87% which was increased from 82% which was his score from last year’s IPL He had a stable recall of 79% from the last edition. He also had associations with various other companies like 9% with Star TV, 8% with Asian Paints, 6% of Orient fans. As per the research, M S Dhoni’s brand was very much hijacked by the Dream11 brand.

Ranveer Singh came in second place, with a CELEBAR score of 86. His association was more like a kind of a dramatic one which was spread with Jio Fiber at 56%, Bingo with 18%, My11Circle with 22% and JD Mart with 48%.

As per the IIHB research report, both the celebrities have very much benefitted from their respective brands for spending a whole lot of money which made them more visible than other celebrities. It was also noticed that even though a large amount was spent Shah Rukh Khan lagged the recall from Byju’s last year, a brand which he had endorsed. This means that even though there is a positive stack in favour of each celebrity, the celebrity brand had to hold its own.

Virat Kohli had a great dip in the recall of CELEBAR with a score of 45. He gained this mostly through his association with MRF tyres. While considering the Khan family, it was only Salman Khan who stayed amongst the top list with a recall of CELEBAR 38%.

Among all the brands, Boat and Colgate brands were the only ones who recalled on team caps and while Myntra was recalled for team jersey. The IIHB research team also found an 84% positive correlation between various high media and brands, as well as celebrity recalls. These recalls existed even when celebrity recalls were not involved with an equal score of 86%.