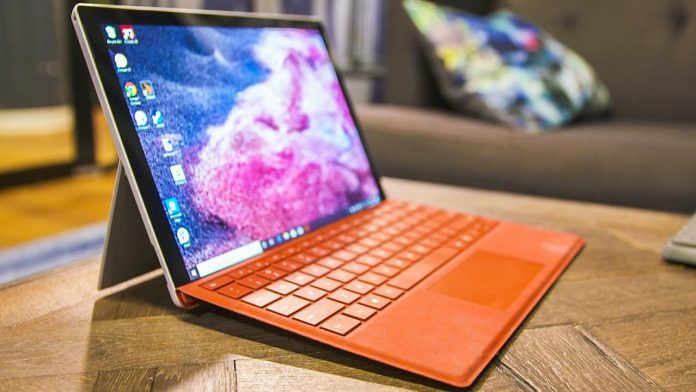 Microsoft’s new ad has taken over a position upon MacBook. It is the privilege of Microsoft that a 30-second listing can overrule the Apple MacBook Pro. Microsoft has shared the latest advertisement on YouTube with the title ‘Microsoft Surface Pro 7’ on mocking Apple’s popular ’MacBook Pro’ laptop. The new ad video compares the weakness of the MacBook Pro with Microsoft’s Surface Pro 7. A young boy highlights the weakest features of mack book pro and praising the surface pro 7 on certain highlights.

The ad points that “the surface comes with a pen and it is the touch screen. Mac gave me this title bar, but why can’t they just give me a whole touch screen”.

The advertisement highlights the power differences between the two devices. And the detachable keyboard of the Surface, power to support various bits of software and application including games that macOS doesn’t have. Microsoft mock at the MacBook through the ad for not being a gaming device. According to the ad the Surface Pro stands as a better gaming device compared to Apple MacBook Pro. MacBook Pro is just stuck on its features such as its problematic butterfly keyboard. But Microsoft traveled far with its detachable keyboard.

Microsoft reminds everyone that the Surface is cheaper than the MacBook pro. The price of both products is compared in US dollars, the Surface Pro 7 model starts at $890 whereas, MacBook Pro starts at $1,299. Comparing it to the Indian market, the 13-inch with 512GB storage Intel-powered MacBook Pro starts at Rs 1,74,900, and the M1-powered (Apple’s in-house chip) starts at Rs 1,22,900. It is not the first time Microsoft mocks Apple in an advertisement but the company previously compared the Surface Laptop 2 against the MacBook Air, pointing that its notebook has better performance and battery life compared to MacBook Air.