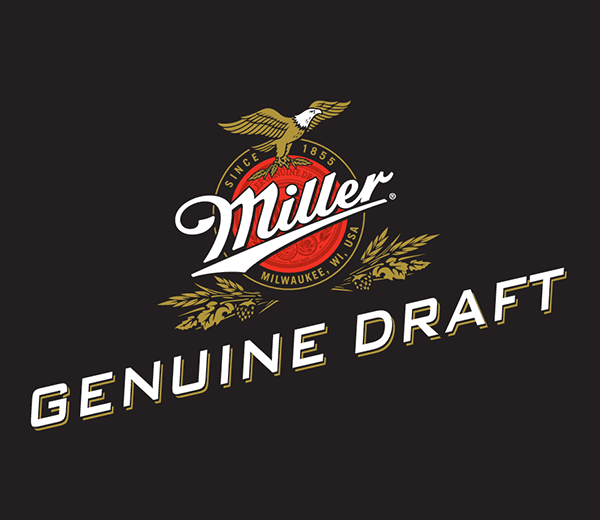 With a redesigned logo and packaging, Molson Coors aims to revitalize Miller Genuine Draft after MGD was, according to the announcement, one of the largest U.S. beer brands in the 1990s. Over the past 20 years, consumer preferences have changed to lighter beers and the newer hard seltzer category, but the pandemic has allowed brewers to revitalize their brands in off-premise retail settings. When customers feel comfortable going to bars and restaurants, it’s still difficult to predict, but MGD has a chance to make its brand more distinct in shops and rebuild off-premise sales.

BrandOpus aimed to concentrate on themes of genuineness and authenticity with a “nothing-to-hide” aesthetic in redesigning the logo and packaging. The refresh uncovers “a rawer, more honest version” of the brand, per the agency, instead of making the bald eagle and red sun secondary parts of the logo that had been buried in ornamentation. With the more prominent placement of the eagle, MGD’s new identity underlines a sense of American trust.

Last year, Molson Coors CMO Michelle St. Jacques laid out an “in-depth survival guide to chaos” for the marketer that focuses on staying active instead of still sitting in the face of new challenges, and it appears that the MGD brand refresh is in line with that playbook.

MillerCoors has seen greater development for MGD’s sister brands including Miller Lite and Coors Light during the pandemic‘s disruptions. In off-premise sales for Miller Lite, the company reported an 8.6 percent rise from a year earlier, and a 6.1 percent gain for Coors Light, per its Q4 earnings presentation, which did not mention MGD. According to the quarterly report, the increase in off-premise sales partly offset declines in bars and restaurants, while total revenue slipped 7.7 percent to $2.29 billion during the period. With its reinstated guidance, MillerCoors forecast revenue growth in the mid-single digits for 2021.