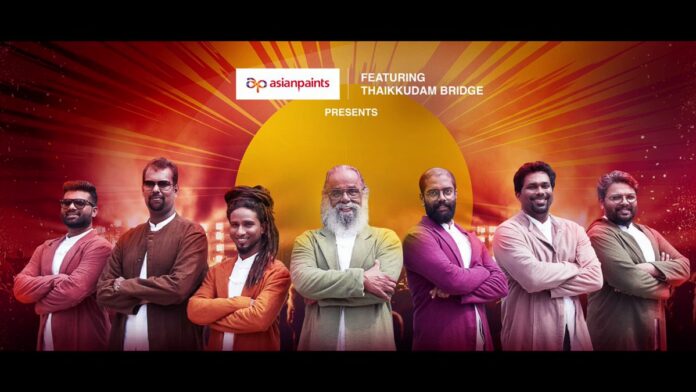 With tremendous excitement, Asian Paints Ultima Protek welcomes 2022 and begins on a new journey that will further solidify its status as the Ultimate waterproof paint.

After a successful TVC with Suraj Venjaramoodu for Kerala in 2020, the brand is returning with a new commercial starring one of India’s most popular rock bands Thaikkudum Bridge and Kerala’s award-winning director and writer Jeethu Joseph.

Kerala has been witnessing harsher and longer monsoons in recent years, as well as high humidity and persistent summers. The weather in Kerala is so unpredictable that it exposes houses to two of the most common outside problems: Poopal (moss) and Paayal (moss) (algae).

Ultima Protek is packed with all-new Nano Active Layer Technology to combat such harsh impacts, providing NON-STOP protection to home exteriors for a longer period, making it the gold standard of exterior paints.

The new TVC clearly illustrates how Ultima Protek provides round-the-clock protection against algae and moss, keeping this goal in mind. The commercial was created by Ogilvy India and directed by Prakash Varma, a well-known director.

Mr. Jeetu Joseph plays a house owner who is concerned because algae and moss have returned to haunt his home in the new film’s premise. It is still destroyed, despite multiple coats of paint. Fortunately, the Saviour, Thaikkudum Bridge, a well-known band, arrives on time. They tell him to use Asian Paints Ultima Protek with Nano Active Layer technology, which provides nonstop protection and eliminates algae and moss for good.

The brand has always created classic advertising with catchy jingles that communicate the core of the problem that the product solves. With the start of 2022, we’re back with a new one, but this time with a very contemporary twist thanks to the spectacular Thaikkudam Bridge, which communicates the brand’s non-stop algae prevention. “Ultima Protek Non-Stop, Paayal Poopal Full Stop,” the song says emphatically, and it’s a promise we want to make to all of our customers.

“Asian Paints and Kerala share a very particular affinity,” said Kiran Anthony, Chief Creative Officer, Ogilvy & Mather, India. The commercials have always been a topic of discussion. As a result, we partnered with Thaikkudam Bridge with Jeetu Joseph this time.

Thaikkudam Bridge has always been a stage performer. But we persuaded them to perform on a moving truck and make fun of Jeetu’s house, which is covered with paayal poopal, and sell Asian Paints Ultima Protek as a solution in their manner.”