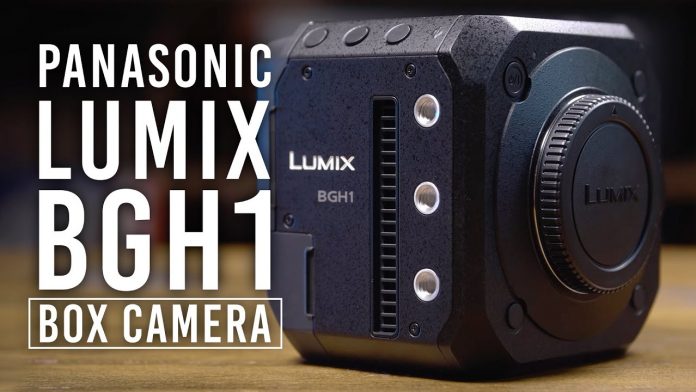 Brand Panasonic always comes up with new technologies in areas of camera, smartphone, TV, etc. Currently, the Panasonic Lumix BGH1 mirrorless camera is an addition to the Company’s Lumix camera product line series. The device is a boxy digital single-lens camera that looks at professional filmmakers. The Panasonic claims Lumix BGH1 is a lightweight Cinema camera that is useable for documentaries, films, to cover live streams, etc. Besides Lumix BGH1 camera is coupled with a Micro Four Thirds camera.

Look aspect the  LUMIX BGH1 is designed for versatility, expandability, and ease of installation. The multi-application box provides everything that a professional needs to show off their creativity. The device predominantly stands for gimbal and drone work, broadcast, live streaming, documentary, and cinema production. Business Chief, Imaging Business Group at Panasonic India, Sandeep Sehgal, claimed that they strongly believe this Cinema digital camera can create a niche for itself amongst the cinematographer community.

As per technical features of Lumix BGH1, the camera packs with a 10.2-megapixel Live MOS sensor coupled with Dual Native ISO technology and the Venus Engine. The camera has an ISO scale of 80 to 2,04,800, and it is changeable in 1/3 EV steps. It carries both Autofocus (AF) as well as manual focus (MF) options. The device uses a Micro Four Thirds lens mount that has a wide dynamic range of 13 stops. The video recording capabilities carry 4K capture at up to 60FPS. Panasonic claims that it has the capacity for continuous shooting time of 270 minutes at 4K 60FPS and 300 minutes at fullHD 60FPS. The Lumix BGH1 is build up with aluminum and magnesium alloy that ensure durability and lightweight. The camera has 575 grams of weight. Other features included in the device are a dual SD card slot, heat dispersion structure to capture unlimited video recording, HDMI port, Wi-Fi, and Bluetooth 4.2, which are for connectivity. Panasonic Lumix BGH1 costs Rs 1,94,990 for Indian users.

Neha Kinger - August 9, 2022
0
The affection and loyalty of the audience that tunes in at the designated time to enjoy it all makes the difference between...