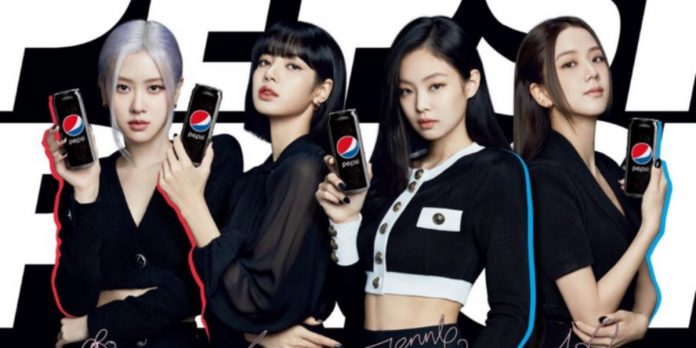 The soft-drink manufacturer will lean on the immensely popular Korean girl band to launch limited-edition products and a cross-platform campaign. After the announcement of the insurer Prudential’s bond with Korea’s SuperM Superband, the K-pop genre’s burgeoning popularity was added to another brand: Beverage giant Pepsi appointed Blackpink as its newest brand ambassador to the Asia-Pacific region.

Comprised of members Jisoo, Jennie, Rosé, and Lisa, Blackpink joins Pepsi in the “Go all in for what you love” campaign, which seeks to encourage Gen Z to be bold and to push the limits of possibilities when it comes to pursuing their passions, according to the company. Blackpink is already working with Pepsi on endorses in some Asian markets, such as China and Thailand. Blackpink has always been a hit with fans and brands in Asia, inking business partnerships such as KBank, Shopee, Kia, and INTI, Malaysia. One of its members, Lisa, also was labeled as Global Ambassador of the MAC Beauty Brand last year.

Meanwhile, PepsiCo’s beverage marketing director, Jennifer Lee, told MARKETING-INTERACTIVE partnership will run until July and that she worked with BBDO China and Thailand for the commercial, which will run on digital, TV, OOH, and in stores. While it refused to reveal the monetary cost of the partnership. Also with on-the-ground activations and other engagement activities with BLACKPINK fans in Malaysia and Singapore will be held out, with further details to be revealed later. Lee was appointed last November for her role and currently heads the marketing services for PepsiCo’s MAPS/Asia business, which comprises Malaysia, Singapore, Mongolia, Brunei, and Pacific Island.

Jennifer Lee said that  the Pepsi x Blackpink will be released as  limited edition Pepsi products at all participating stores (7-11) in Malaysia and Singapore, in which four Blackpink personalities will be featured on the collaborative products,” said, beverage marketing leader in the release.”We will also launch a 360-degree marketing campaign to raise brand awareness through various media platforms.” Salman Butt, PepsiCo’s senior MD for APAC, said that the group “perpetuates a uniquely youthful attitude and vitality that perfectly embodies the Pepsi brand.”

Author - May 23, 2022
0
User Experience(UX) is one of the top priorities to establish a solid brand in the market. Simplicity, ease of use, and feature...