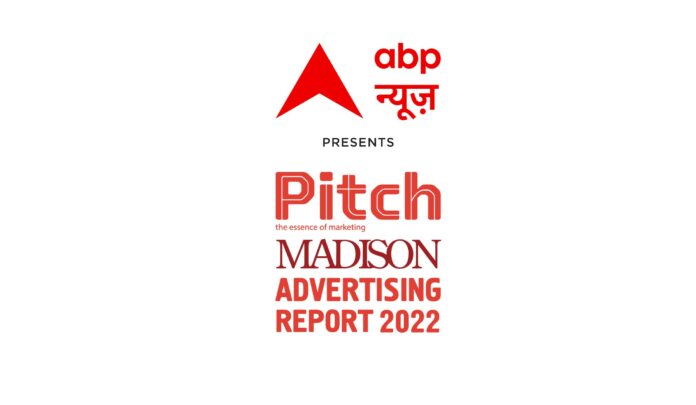 The Pitch Madison Advertising Report 2022 defied convention by merely releasing flash data of ADEX estimates for 2021. Three weeks later, an extensive report with medium-term numbers, forecasts for 2022, and commentary would be released.

Despite the catastrophic COVID Wave II, which ravaged the economy and ADEX for the second year in succession in May, June, and July, the flash report projects that overall ADEX in 2021 will have climbed to Rs. 74,231 crore, an astounding 37 percent increase.

According to Sam Balsara, Chairman – Madison World, the two COVID years of 2020 and 2021 have altered the structure of the ADEX, but the Indian ADEX has proven to be resilient, surpassing 2019 ADEX levels despite expectations.

While COVID Wave I wreaked havoc on the ADEX, India Inc has weathered the more lethal COVID Wave II with ease, recovering not only during the year but also comfortably surpassing 2019 levels despite a four-month setback.

On Wednesday, February 16, 2022, in Mumbai, the recently appointed Sudhir Sitapati, CEO, Godrej Consumer Products Limited, will release a detailed medium analysis of the ADEX in 2021 with commentary and a prognosis for 2022. He will also conduct a session on “The New Marketing Playbook.”

The Pitch Madison Advertising Research is the most eagerly anticipated report on ad expenditure forecasts in the media and advertising industries. Pitch, in collaboration with Madison World, releases the report.

The study has established a standard in the industry over the years, and it is frequently cited in the media, pitch decks, company reports, corporate boardrooms, and even IPO paperwork submitted by media organizations.

This research examines and analyses how and where advertising dollars were spent in the previous year, as well as forecasting future growth. Its goal is to help marketers and various media, such as print, television, radio, out-of-home, the internet, and cinema, comprehend the difficulties and opportunities that lie ahead.

Passionate in Marketing - May 26, 2022
0
With a user-friendly interface, Tvito by Petpooja will allow restaurant owners and even staff to choose from 50,000 customisable templates of 20+...