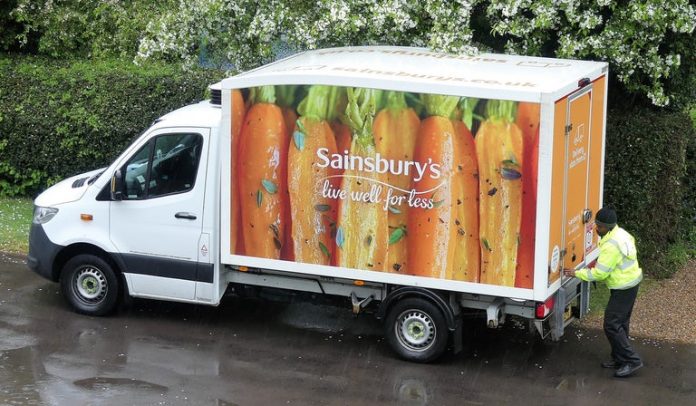 Sainsbury’s said it won over shoppers from the Aldi and Lidl discounters and also Tesco, Asda, and Morrisons as it reported an increase in online order in June to 650,000 a week, up from 370,000 in March.

Sales rose by 8.2 percent in its existing stores, with food sales rising by 10.5 percent and general merchandise growing by 7.2 percent from the 16 weeks to June 27. On their trips to the stores, clothing sales were down by more than a quarter as shoppers concentrated on the basics. Shoppers move from both Aldi and Lidl, Tesco, Asda, and Morrisons, said by the new CEO Simon Roberts in a press interview. He also mentioned how is Sailbury’s sale in boosting up by focusing mainly on “listening, caring, and adapting” their customers need.

Sainsbury, however, expects lower income growth as it takes up the £ 500 m in COVID-19-related costs and a possible recession that affects consumer spending. With this in mind, Sainsbury’s are planning for the second half of the year which is “unpredictable.”

Robert said in a press call, “The situation is very unpredictable. We’ve made sure that the business is ready to handle it”.

In a recent interview while talking about the sales of its products in the supermarket he said that during the lockdown, sales at Argos was increased by 10.7 percent, which was supported by a 78 percent increase in home deliveries and demand by the consumers from home. At 300 shops in Sainsbury’s supermarkets, Argos continued its operations when high streets were closed, and only over half of the sales were taken up in restaurants.

While talking about the pattern of consumer buying it has been noticed that the consumers prefer to buy more fresh ingredients to cook more frequently at home, although some fall off is expected as restaurants and pubs get reopen after lockdown and the Covid-19 cases fall.

However, Roberts expects safety to remain important to their customers, and also an area of differentiation for all those who are seen as leading the way.

It also unveiled a marketing campaign ‘Price Lock’ showcasing the 1,000 lines on which it has invested in rates over the past year and even during the crisis.

Roberts said that they are pushing hard for value, quality, and convenience for their customers.

He also said that they are looking at what they can do to satisfy the consumers’ demand. They also need to plan more significantly for those consumers who want to buy products online then they did at the start of the Covid-19 crises.