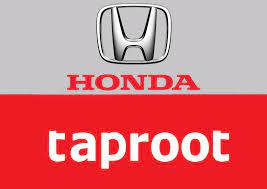 The new era is very difficult, and mankind is doing whatever it can to support one another. Almost everybody is doing their part to ensure that humanity survives the pandemic.

With this in mind, Honda Cars India recently launched its new Mother’s Day campaign in partnership with Taproot Dentsu, the creative agency from the Dentsu India house. While there are many mothers in the film, what sets it apart from other Mother’s Day campaigns is that it includes all but a mother.

The film features a breath-taking series of black and white photographs that depict endearing and poignant scenes from today’s world. We see a single young man walking through the park with his elderly grandmother, a father placing a mask over his daughter’s forehead, a doctor responding to an emergency, a young woman comforting a neighbor, a young man giving water to an elderly homeless man, a monk giving gifts to children, and a friend giving her friend hand sanitizer

‘To the mum among both of us, Happy Mother’s Day,’ the film concludes. The film, which is set to the lilting song “Waiting down the line,” celebrates motherhood from a new perspective.

“A mother is recognized for her unconditional love, while we will never be able to fully fulfill the role of mother, the difficult times are bringing out a stronger maternal side in all of us. That’s what this movement is about” says Titus Upputuru, Creative Head, Taproot Dentsu, Gurugram. Titus is the film’s writer and producer, just so you know.