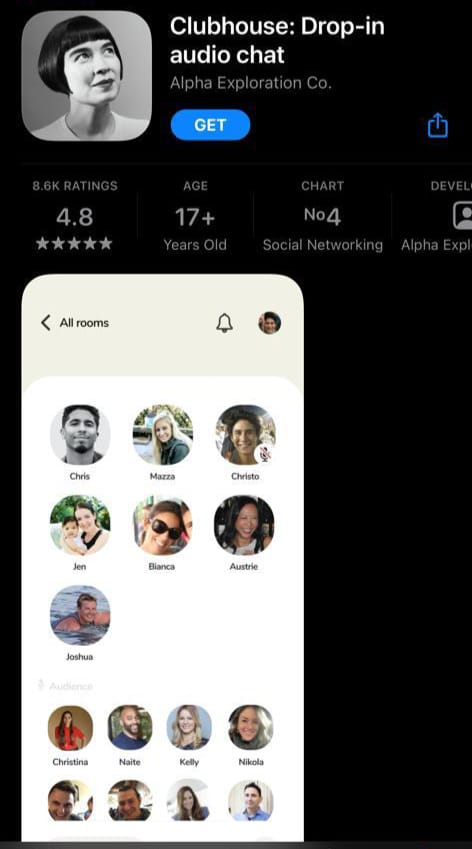 The clubhouse is a social media startup that was released in March 2020. It is a podcast app founded by Paul Davidson and Rohan Seth. The recently released beta version of the app is now available for both popular android and iOS users.

The parent company of this app is Alpha Exploration Co. It has 1500 members and is a net worth of about $100 million even though it doesn’t yet have a public website. One of the major Investor in the Clubhouse app, the Venture capital firm, Andreessen Horowitz invested $12 million in May 2020.

For now, it is a podcasting casting app so not everyone joins as of now. The co-founder of Venture firm freestyle and one of the early Clubhouse user Josh Felser said, “it’s dead by July or it’s something big.”

The creators of the Clubhouse app have a creative and accelerator program to promote the content creators to build their audience and monetize their content with a direct payment system.

The clubhouse gives you, three types of rooms. The first type of room is called open rooms- you can easily join this room. The second type is a social room which can be joined by only moderators allowed to join. Users need to receive an invite from the moderators to join closed rooms. Users can exit a room by tapping the “leave quietly” button or the peace sign emoji.

It is quite popular in Germany because the two famous German podcast hosts Philipp Klockner and Philipp Gloeckler recently invited channel over a telegram group, bringing German journalist, influencer, novelist and politicians to the platform. In a year, it had greater than of active users in this initial stage but now the growth rate is declining constantly because some of the hosts of the apps is paying $400 for every session.

The clubhouse does not explicitly explain the review process. The clubhouse has plans to monetize the platform by tracking its users and selling user information. Similar to the Facebook’s business model, this data will be used for increasing the efficacy of targeted ads, which advertisers can bid on. The clubhouse has stated that they may share their user’s data with others without prior notification. So, the many countries like Oman, Hong Kong, Taiwan, the Republic of China, Jordan and the United Arab Emirates have already banned this application. Egypt has called Clubhouse, a place of terrorists.