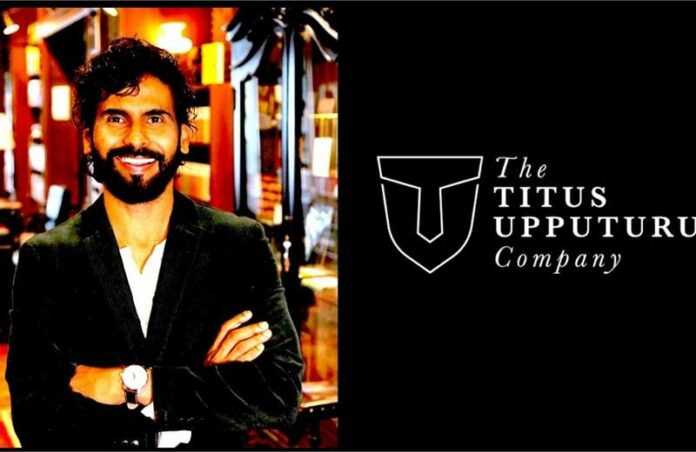 In doing so, Upputuru said: I thought the silver wedding was the perfect time to start this business. Throughout his career, writing, art, he has always had an interest in direction, design and the art of photography. Over the past ten years, he has also had the opportunity to shoot brand commercials and short films of his. In order to complete the execution, I wanted to combine these abilities. We are all aware that videos are currently the most effective marketing strategy being employed by businesses all around the world. We therefore provide video expertise in addition to brand strategy and static creative solutions across media and platforms.

During the launch, the company has released a series of short films that cement its identity. Each film starts with the initials TU and forms different faces that correlate with the video and audio drama. Titled “Birds,” the film features a pair of birds forming facial eyes before taking off into the sky. The film, titled “Police,” features a couple hiding in their car, although broadcasts of police conversations can be heard in the background.

The film, titled “The Window,” features a woman whose face is clearly that of a soldier from her initials, but who is always looking down as if she is waiting for someone. The film features a rider riding a motorcycle against the beat of a Hindi rap song. “We like telling stories in a variety of ways.  The idea is to keep people at the center and show empathy. We choose brands with quality. Brands that move people we admire. As a creative, industry-driven company, we want to partner with brands like these that are passionate about craft.” person adds.

Titus, for the record, has written and directed a commercials and short films, including the acclaimed HarperCollins India haunting crime thriller Purcell, and 2022’s The Purcell. Dadasaheb Falke Award-winning short story Nip in the Bud for Times Internet. Titus Uptul has won the Dadasaheb Falke Award, the country’s highest honour for film making, as well as The One Show, British Design, New York Festival, Adfest, Spikes Asia, The Abbeys and more., has won numerous national and international awards. His work on Afghan Telecom is on display at the White House.

Passionate in Marketing - September 20, 2022
0
Artificial intelligence (AI), which employs software and procedures to simulate human intelligence, permits the disruption of the most varied segments. After all,...

Forest Essentials embarks on a new journey to reap the benefits...