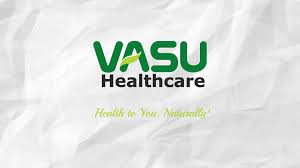 Vasu Health Care is one of India’s leading healthcare companies and the company’s primary mission is to combine the ancient ayurvedic essence and wisdom of India with the help of modern science and technology, to provide the real gift of good Health to Millions of people all around the world. Vasu Healthcare, has recently announced its partnership with Scarecrow M & C Saatchi(Previously known as Scarecrow Communications), to promote its skin and hair care ranges across India as well as overseas. Vasu Healthcare has persuaded Scarecrow M & C Saatchi as the creative agency for its hair care range “Trichup” which focuses on Hair Oil and Shampoo and Skin Care range “Vasu Naturals”. The brand will be handled by Vasu Healthcare’s Mumbai office.

He further added that Scarecrow has presented Vasu Healthcare with an enthralling and captivating creative strategy to launch the new range in this highly competitive and fierce market. And he looks forward to the huge success of this collaboration.

Manish Bhatt, (founder-director, Scarecrow M & C Saatchi) expresses his excitement and says that it was a special feeling we work in this venture. The previous year, the brand created a new film to captures and picturizes the presence of their haircare range and its popularity in over 40 countries. The Scarecrow M&C Saatchi has various ambitious plans for Vasu Naturals and Trichup, and had always evolved with the time and focused on expanding its reach to a wide variety of audience. He further expressed his excitement and thrill to be partnered with Vasu Healthcare in this new and exciting venture.

Thus with this collaboration, Vasu Health Care and Scarecrow M & C Saatchi wishes to provide its costumers with the best products, with its wide variety of skincare and haircare products including Trichup and Vasu Naturals.

Archana B S - January 16, 2021
0
The organizers of Cannes Lions have announced that after the postponement of last year's awards and therefore the juries are going to...