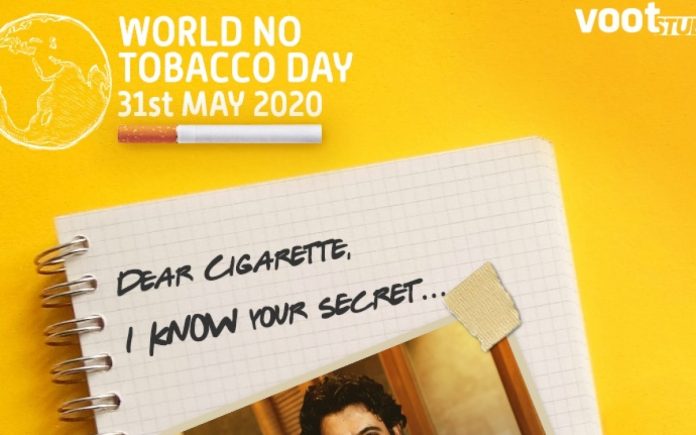 VOOT Studio, the streaming service, has teamed with the Indian Cancer Society, and the video features comedian, Sunil Grover for the campaign…

Smoking has been considered as a major health hazard and a primary cause of life-threatening illnesses for decades. It is estimated that for the entire 20th century it is estimated that approximately 100 million people lose their lives in their premature stage due to smoking.

The campaign is being executed by VOOT Studio that features, a short and high impactful video featuring the popular actor, Sunil Grover urges people to stop smoking.

The film is a mockumentary( a television program which takes the form of a serious documentary) in order to satirize the contents required to cook up a cigarette.  The film shows Sunil Grover making a cigarette with all lethal ingredients which one would never consume with ease and his usual sass. The film depicts a strong behavioral change, by conveying a message of giving up tobacco and cigarettes given its toxic effect and its long term effect on one’s health.

Akash Banerji, Head of AVOD Business, VOOT said, “ We, at VOOT Studio, focus on empowerment of our partners to effectively deliver their brand and campaign message through effectively engaging, relevant, and innovative brand solutions. Partnered with the Indian Cancer Society for bringing a behavioral change is very special and solving critical issues impacting the world. We are sure that, this innovative and sarcasm  shown on the issue would strike a chord with our audiences and the message will be delivered far and wide through various digital platforms.”