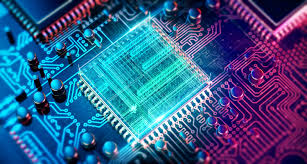 Pepsi the loved and cherished cola-flavored soda or more aptly termed as a carbonated soft drink that had been manufactured by PepsiCo. Initially developed in the year 1893 by Caleb Bradham introduced as Brad’s drink, it was renamed to the popular name we know as Pepsi – Cola in the year 1898 which later got shortened to just Pepsi in the year 1961.

In the year 1909, the famous automobile race pioneer Barney Oldfield happened to be the first celebrity that endorsed Pepsi-Cola. The theme for the advertisement was the drink was Delicious and Healthful which was continued to be used over the next two decades. In the time of the Great Depression, Pepsi-Cola got popular after they introduced in 1934 a 12-ounce bottle. In a time of economic crisis, the campaign enabled in uplifting Pepsi’s status. From the year 1936 to the year 1938, profit’s doubled for Pepsi. With the onset and uprise of radio, Pepsi utilized captured the market by utilizing the opportunity to gain the services of a young, up-and-coming actress named Polly Bergen to promote their products, oftentimes lending her singing talents to the classic “…Hits the Spot” jingle. The three major ideas one may steal from Pepsi to launch themselves are as follows:

Pepsi has multiple brands and products having an excellent marketing campaign. MNC like Pepsi overflows media with tons of content each year. Agencies and influencers collaborate to create promo material in all shapes and sizes ranging from short videos, infographics, illustrations, articles, mobile apps, etc. Pepsi’s campaign has covered all of it.

Interlinking of content. “Pepsi happens to a brand that is associated with enjoyment, ranging from hosting barbeques to the baseball games, and enjoying meals with family and friends alike. Pepsi drinkers that are loyal to the brand often take that enjoyment up a notch, hence they are more likely than people that don’t drink Pepsi to party with a karaoke song, watch their favorite shows, or wear their team jerseys to an opposing team’s home game,” said Todd Kaplan – VP PepsiCo. Pepsi’s marketing material aims to connect in one precise brand message: The Pepsi audience prefers to have fun and relax.

The beauty of the 70/20/10 strategy is the clear optimization of the marketing budget and what it focuses on. 70 % of the content is traditional bread – and – butter. You must know what works and you must lay your focus on it most of the time. The next 20 % must be on upgrades on a developed traditional part of the strategy. The last 10 % is reserved and must be implemented for everything goes get crazy with new ideas part.

Author - September 25, 2021
0
Mohey, the bridal wear brand from the family of Manyavar, the idea must look good on paper, encourage women empowerment and give...