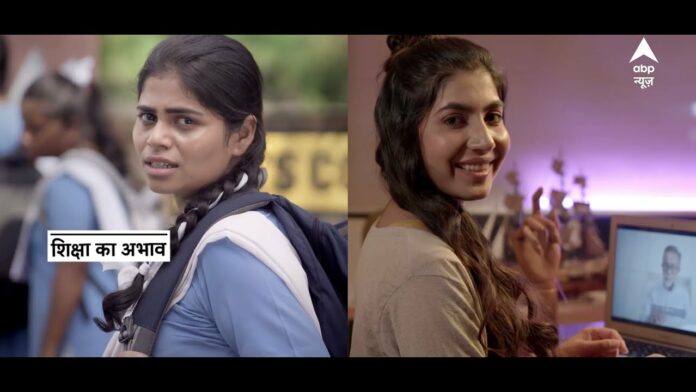 In some of India’s key states, elections are closing in, and this is the time when ads and campaigns grab the people’s attention.

In the latest ad released by ABP news as part of their ad campaign, viewers are encouraged to look upon relevant issues concerning their real life, rather than keeping their focus on key personalities or speculations about the outcome of elections.

The advertising campaign was featured for “Kaun Banega Mukhyamantri” (Who will become Chief Minister this time?), which is ABP News’ special programme for the upcoming elections. It focuses on the issues in society, their positive and negative factors, seeking attention from prospective candidates cutting across party lines.

The campaign snatches people’s attention in its unique and creative way of rendering. It shows the contrast between two situations, but raises the issue that is common for both the situations. Each film lasts 45 seconds, which is short and effective to gather attention from the public despite their busy schedule.

The promoters of the campaign also shared their idea of bringing the truth of “dual India” into picture, and enabling the citizens to celebrate this. Using people truths rather than political party truths, the ad builds neutrality codes into brand ABP, as commented by Krishnendu Paul, 82.5 Communications India.

The campaign was conceived by 82.5 Communications, and has three films directed by Pradeep Sarkar, one of the directors of Apocalypso Filmworks Pvt Ltd.

Rahul Raj - December 7, 2021
0
The auto retail market is booming with the abundance of manufacturers, suppliers and consumers. The auto industry is the most competitive sector...