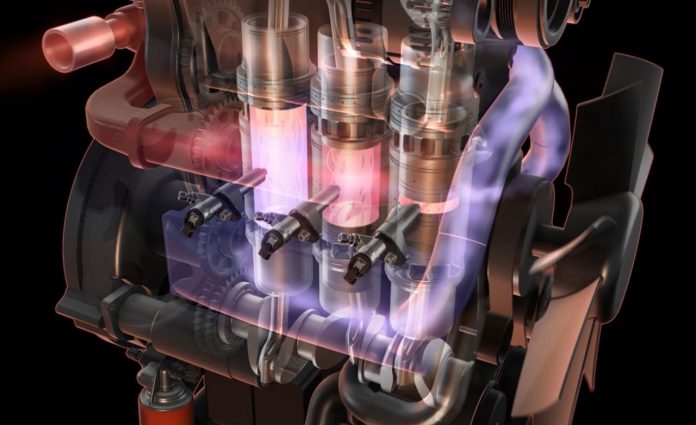 Depletion of natural resources and increase in air pollution cause harm to nature and human life. Two-thirds of the pollution in the world is caused by the emission of toxic gases from motor vehicles into the air. Covid-19 is a deadly virus and on the other side, it is noticed that when transportation is restricted, there is a clear blue sky in cities like New Delhi, Mumbai, and Seoul, etc. Past few years most countries are promoting electric vehicles or natural gas to curb air pollution. This led the manufacturing companies to develop technology that enables the production of clean combustion engines to compete with electric vehicles and natural gas engines.

Achates Power has introduced a new two-stroke, 10.6 liters, three-cylinder, an opposed six-piston diesel engine, which they claimed to be the best clean combustion unit in the market. The company got the idea of the two-stroke engine from the aviation field and the development of the engine started in the year 2018 with financial support from Saudi Aramco.  The company stated that the engine records 440hp of power and a maximum 2372Nm of torque and has the potential to develop further. There is low energy wastage due to opposed pistons and there are perforations on both sides of the cylinder to expend the gas and for intake of air. It is expected that the engine will be more reliable and cost-effective. CALSTART has recorded an emission rate of 0.02 g/bhp-hr of low NOx that would agree with the 2027 CARB proposed low NOx limit.

The engine is also useful for burning gasoline, natural gas, and diesel, and hydrogen fuel without any modification. Another important feature of this engine is that it does not require high-quality hydrogen and hence it lowers the cost of using hydrogen as fuel and can be obtained from various sources. This engine with hydrogen as fuel will produce only low emissions and can further reduce the emission level with air recirculation after a particular process. The engine is tested in a delivery vehicle of Walmart i.e., Peterbilt 579. Although electronic vehicles are coming up, an opposed-piston engine will be a better idea compared to the range and battery efficiency of these vehicles.

Passionate in Marketing - August 16, 2022
0
Mumbai, August 16, 2022 – Schneider Electric, the leader in the digital transformation of energy management and automation, announced its offering of Connected Services...