Britannia Industries Limited is an Indian food and beverage industry that was founded in 1892 and is headquartered in Kolkata. The company is one of the oldest companies in India and is now part of Wadia Group which is headed by Nusli Wadia. The products of Britannia are distributed throughout India and also in more than countries across the world. Biscuits account for 90% of Britannia’s total revenue and the company has an annual capacity of 433000 tonnes.  Even though the company faced many controversies with the takeover of the Wadia Group, the company has the largest market share and is exceedingly profitable.

The pandemic has changed the lifestyles of people across the world. The companies and industries shifted to remote working. One of the sectors which were affected by the pandemic is the educational sector. The schools, colleges, and universities have moved online and there is a need for every student to have an electronic device with a good internet connection. A good device with an internet connection today is not a luxury but has turned into a necessity for students to learn from their homes. It is evident from a recent survey that only a small proportion of 8% of India’s households own a laptop with a good internet connection. This survey has sparked the thought of Britannia Good Day’s campaign #Learn from home. The company has provided an opportunity for children across the country to win a laptop free every hour for 2 months through this campaign. The idea of this campaign is aligned with the brand’s ethos of spreading joy, smiles, and happiness.

The largest brand of Britannia, Good Day, has launched this campaign with Print blitzkrieg and a nationwide TV. The Television Commercial captured the inseparable bond of friends in school and the joy of learning together. The film is conceptualized by McCann Worldgroup which showcased two school friends who were reunited while learning from home. One of the boys wins a laptop by participating in the campaign #Learn from home and then he invites his friend to share his joy and study along with his friend same as the way students study in school. There are millions of students across the countries who are struggling to get adjusted to the new normal and through this campaign, Britannia Good Day is trying to help students to continue their learning. 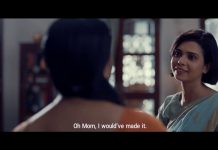