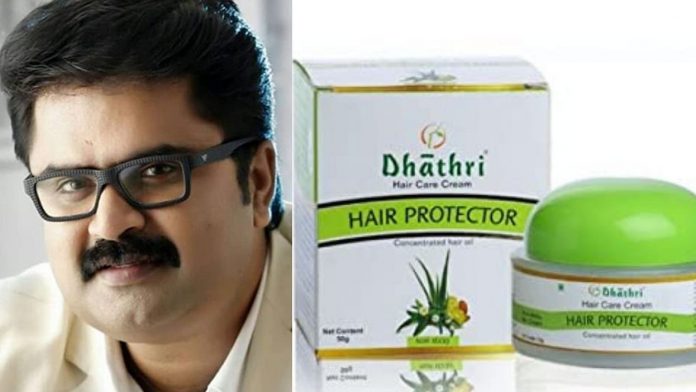 Malayalam actor & screenwriter Anoop Menon, who endorsed Dhatri Hair Cream, was slapped with a fine of Rs 10, 000 for making lush hair “false promises” within 6 weeks. Francis Vadakkan was the complainant who told the District Market Redressal Forum in Thrissur that he bought the hair cream for Rs 376 in January 2012. He said that after seeing Dhatri’s ad featuring Menon, he was inspired to do so. Within 6 weeks of using the cream, the ad reportedly promised dense hair growth. Vadakkan told the forum that he saw no improvements in his hair growth, despite applying the cream, and was mocked for purchasing the substance. In compensation, he demanded Rs 5 lakh, accusing the product of “deficiency in service.” According to a news portal, the medical store from where Vadakkan bought the cream has also been fined Rs 3,000.

In his defense, Menon clarified that in his ad he never attributed the product with hair-growth properties. He also said he had no knowledge of what the ad said, adding that, as opposed to hair growth, he assumed the cream was intended for hair treatment. However, the forum bench ruled that the brand ambassador (Menon) had featured without having used the product in the commercial. For failing to satisfy the pledge of hair growth in 6 weeks, they pulled up the advertisers. Further, they even observed that the “precautions” part of the product was illegible even with a magnifying glass. They criticized the advertisers for enticing the purchase of sub-standard products by gullible consumers. The bench also noted that the price of the products would be halved without the ads. The mentioned advertisement was aired back in 2010 and the case had been registered in 2012.

“All Dhathri Ayurveda products are subject to rigorous clinical trials performed by independent labs and the findings are registered with the Clinical Trial Registry of India (CTRI). This dispute relates to a commercial about the product Dhathri Hair Protector that appeared in 2012 and the case was registered in 2012. The commercial in question has not been used for many years now. However, as they have scientific backing, the firm aggressively defends its arguments and the Dhathri Hair Protector is registered with CTRI with the number CTRI /20L3/OS/003644. Dhathri Ayurveda is committed to delivering legitimate and reliable health solutions developed under the most rigorous quality criteria and all promotional statements where applicable will have the complete backing of scientific evidence.”

Kailasnath HI - January 20, 2021
0
The first festival of the year 2021 Pongal, also known as Thai Pongal is being embraced by the people with a lot...