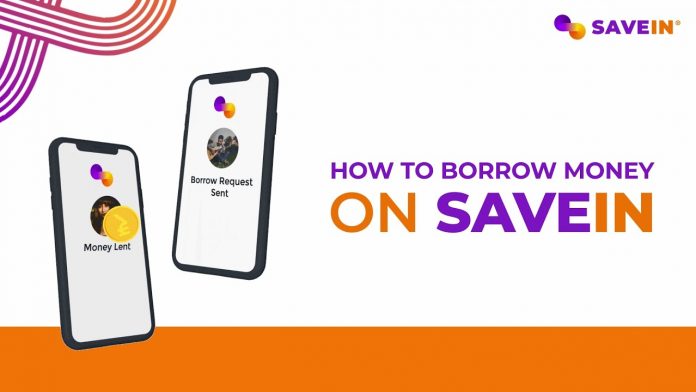 During a pandemic, online social finance is gaining traction. According to the CMIE’s Consumer Pyramids Household Survey (CPHS) 2020, 77% of urban Indian families seek help from family, friends, and acquaintances in times of need. The number of urban families borrowing from relatives and friends increased by 100 percent in the previous year (2019-2020). even, an online platform is attempting to capitalize on this by catering to Indians who lend and borrow money among themselves.

SaveIn seeks to assist in organizing the huge market of transactions between friends, family, and acquaintances by simplifying discovery, matchmaking, and transaction recording. Jitin Bhasin, Founder, and CEO of SAVEIN discuss more about this platform and the benefits it gives to both lenders and borrowers in an email exchange with FE Online.

SaveIn is not a bank or an NBFC licensed by the RBI. How does this platform handle both lenders’ and borrowers’ safety concerns?

Jitin Bhasin: I’m Jitin Bhasin. SaveIN is a fintech platform that has developed a unique technology solution that enables the finding, matching, record keeping, and payment of informal loans among consenting participants in a social circle. All payments are made by users using their current bank accounts, via UPI, with the user having complete discretion and obligation to authorize any payment/money transfer.SaveIN cannot carry out any transaction without the user’s full authorization. SaveIN adheres to a content-driven, secure design; all client information is secured with the 256-bit Advanced Encryption Standard. As a result, SaveIN adheres to the greatest level of security while allowing consumers to utilize the platform.

What fees does SaveIn charge when someone loans or borrows money on the SavIn platform?

Jitin Bhasin: I’m Jitin Bhasin. SaveIN, as a platform, retains the right to charge its users a usage/convenience fee. However, at the moment, SaveIN does not charge customers any fees for utilizing the platform, allowing an increasing number of Indians to begin using the site for informal loan transactions.

How much work have you done?

Jitin Bhasin: I’m Jitin Bhasin. The SaveIN app was released in mid-April 2021 and has since been downloaded by over 50,000 people on the Google Playstore. On the platform, we have over 3000 registered lenders, and numerous customers are already transacting on SaveIN for their informal loans. The platform has been evaluated by almost 700 individuals on Google Play, with a lifetime rating of 4+, indicating that users enjoy the entire SaveIN experience.

Is it possible to make money by lending on the SaveIn platform? On SaveIn, who can I lend money to?

Jitin Bhasin: I’m Jitin Bhasin. Yes, a lender can establish his or her preferred interest rate (0 percent -36 percent p.a.) when lending money to others in his or her network. Loan terms must be agreed upon between a lender and a borrower before a loan can be registered on the platform. SaveIN links lenders and borrowers through their social networks, which means that a lender will never get inquiries from strangers.

Passionate in Marketing - January 11, 2022
0
Simplilearn launches new integrated brand campaign along with the creative agency BluebotThe campaign highlights the tangible benefit of a guaranteed job with...