With the launch of the all-new MG Hector 2021, MG Motor India has now joined hands with Cheil India to drive a nationwide, 360-degree marketing campaign. Conceptualized by Cheil India, the campaign departs from the car industry’s traditional approach of taking car shots alone.

The automobile company said that the campaign, named ‘It’s a Human Thing to Evolve’, builds on the thought of Hector’s ‘It’s Human Thing’ and captures the web SUV’s transformation as an easier, connected, attractive, and feature-rich vehicle with a human touch.

This remake of the Hector gets largely cosmetic updates, with a big change to the front and minor tweaks to the side profile and rear. The grill does get a replacement pin-cushion style treatment with chromed pin heads adding an advanced feel to the new Hector. If you recollect the pre-facelift Hector had a blacked-out grille with the MG logo sitting within the center, that entire visual is far nicer to seem at now with the chrome catching bursts of sunshine and reflecting it in waves because of the chromed pin-cushion effect.
The best change though is with the connected technology and therefore the voice command system which now incorporates commands spoken in a combination of Hindi and English. So yes, you’ll combine both Hindi and English words to offer Hector a series of commands. As an example, you’ll ask it to vary radio stations, open the sunroof, adjust the inside climate, and much more by giving it commands in Hindi. This is often the primary time someone has taken voice commands to the present level in India and that I believe it is a trendsetter, and that they do expect several other manufacturers to imitate.

It integrates a strong ‘human element’ with a British family at its center. Through daily lives, evolved features of the new Hector 2021 are delivered to get into unexpected, witty, and endearing ways. 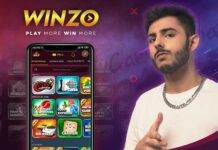 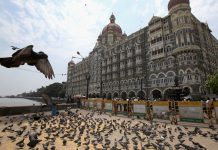 Author - January 18, 2022
0
Croma is in the process of enrolling a new innovative agency to help control its next stage of development and fill a...