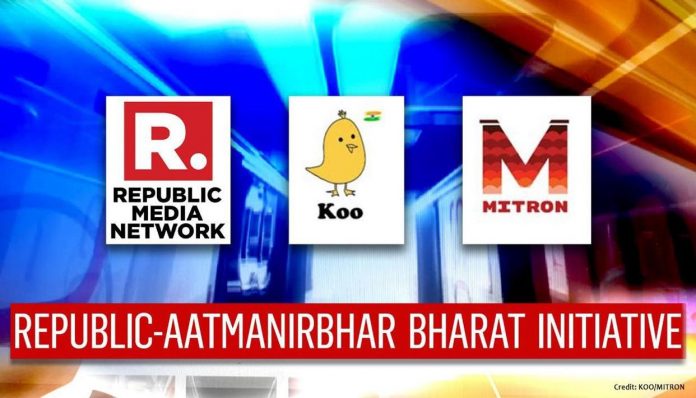 Koo is founded in March 2020 and many people in different regions can express themselves in their mother tongue. Koo is an opportunity to raise the voice of Indians and for the people who prefer Indian languages. Here 90% people speak in prefers Indian languages and just 10% speaks in English. It provides to place their native languages. Koo is considered a game-changer and it provides multiple languages like Hindi, Kannada, Bengali, Telugu, etc.

Mitron started in April 2020 with a focus to develop a homegrown app for Indian users in compliance with Indian community standards and laws. This is designed in a very user-friendly manner. Users can create, share and edit their videos and it opens up an opportunity to browse through a library of top videos.

The company trying to create an integrated and collaborated social media platform where the engagement rate of people is high instead of only watching videos. This tempts the visitors to buy the products featured in the video. This will be undertaking as a part Republic-Atmanirbhar Bharat Initiative, Here the Republic Bharat will collaborate with these two brands. Arnab Goswami, Managing Director and Editor-in-Chief of Republic Media Network mentioned it as an ingenious initiative developed by the whizz-kids of India. And he promised all support and encouragement for the creators and innovators. These kinds of entrepreneurs are going to become the pride of India. Vikas Khanchandani, Group CEO of Republic Media Network, considered it as a unique enterprise with the collaboration of two brands- Koo& Mitron.  Aprameya, Mayank (of Koo), Shivank, Anish (of Mitron), are rock-solid examples of the guides of the nation’s AatmaNirbhar Bharat. Republic Bharat, Koo, and Mitron are targeting a national level push and development with the combo of resources and strategies.

Author - January 14, 2022
0
With the US Federal Reserve adopting a more aggressive monetary policy and targeting interest rate hikes this year, the Reserve Bank of...