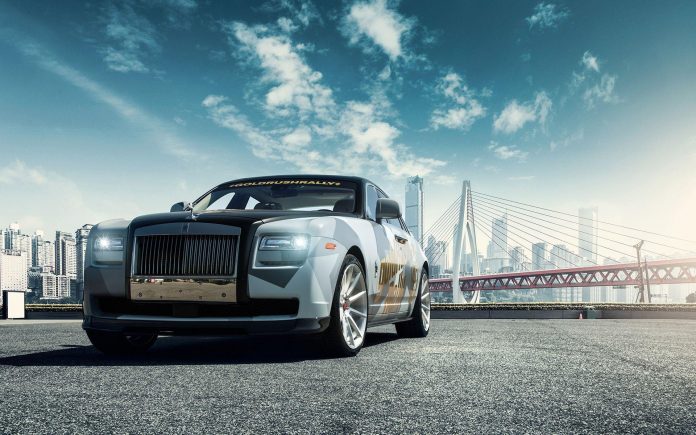 Rolls-Royce has announced its next limited Landspeed collection edition, which will include the Wraith Landspeed and Dawn Landspeed vehicles. The Landspeed collection was inspired by Captain George ET Eyston, a pioneer of speed who conquered the Bonneville Speedway’s crusted salt flats and won the distinction of “fastest man alive,” according to the carmaker. The collection is devoted to Eyston’s “phenomenal endeavours,” with the carmaker stating on its website that they are only available for a “fleeting period in time,” as once the collection is sold out, “they’re gone forever.”

Only 35 Wraith Landspeed vehicles and 21 Dawn Landspeed cars will be produced by the manufacturer. The Thunderbolt, the legendary automobile of British engineer, inventor, and racing driver Eyston, was powered by a pair of Rolls-Royce V12 aero engines, each displacing 37 litres and producing more than 2,000 horsepower.

The driver’s door grosgrain ribbon honour detail on each Rolls Royce Wraith Landspeed will include Eyston’s decorations and honours, including the Order of the British Empire (OBE), Military Cross, and Chevalier de la Légion d’honneur. The Landspeed Treadplate will be polished on the Wraith Landspeed cars, confirming their one-of-a-kind status. There will be two-tone black and yellow bumper inserts beneath the dark headlights of this premium automobile, with significant aesthetic statements honouring Thunderbolt’s painted “Black Arrow.” The car’s interior will include a Constellation Headliner. On September 16, 1938, 2,117 individually arranged stars were weaved into the ceiling to form an array that replicated Bonneville’s night sky. It’s the identical celestial spectacle that accompanied Eyston’s last world-record-breaking run at the Bonneville Salt Flats. Each Wraith Landspeed vehicle will be equipped with a polished Landspeed Treadplate, recognising their one-of-a-kind status.

This luxury vehicle will feature a three-dimensional Thunderbolt silhouette laser-engraved into the polished anodized aluminium surface of the front tunnel. Eyston’s three record-breaking runs are represented by three thunderbolts, each with the highest speed and date of the attempts. The famous silhouette of Bonneville Speedway’s Silver Island mountain range has also been laser engraved into the blackwood veneer of the Dawn Landspeed’s rear seat waterfall by Rolls Royce. A Landspeed Treadplate with the Rolls-Royce Black Badge insignia distinguishes each Dawn Landspeed automobile.

Passionate in Marketing - August 13, 2022
0
The campaign has been conceptualised and executed by The Minimalist, and is part of Robin Hood Army’s ambitious initiative - Mission75