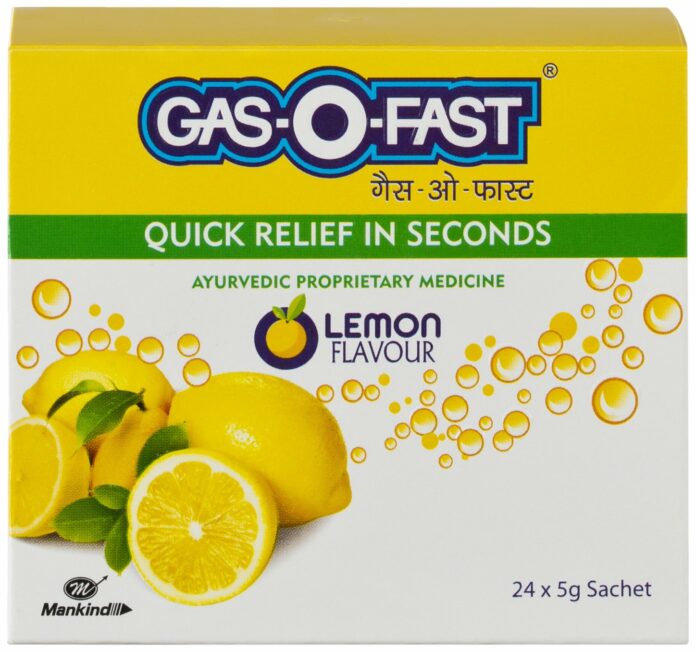 As a continuation of the previous multilingual TVC highlighting people’s overeating habits, Gas-O-Fast launched a new campaign with Kanneganti Brahmanandam and Biswanath Basu for the regional audience in the South and East. It depicts the common practice of people loosening their belts before indulging in their favorite delicacy, which causes acidity, gas, and indigestion.

The campaign was carefully crafted to bring about the right confluence of people’s common overindulgence habits, which were effectively brought to the screen by regional brand ambassadors revered for their niche acting skills in their respective regions. The brand has brand ambassadors like character actor Saurabh Shukla who are known for their performances in the Bollywood industry and have been made the face of the brand.

Joy Chatterjee, Associate Vice President of Mankind Pharma, stated on the occasion, “We at Gas-O-Fast strive to take the product across the country.” Given the national relevance of stomach-related issues, we wanted to reach out to a potential audience living outside of metropolitan cities through the campaign and create recall value with the help of regional actors who have a large fan base in the region.”

“Working with the brand was a very elating experience for me,” Brahmanandam said of the collaboration. “Through the campaign, we wanted to bring relief to the common stomach-related problems with the help of the quick relief solutions by Gas-O-Fast.”

Passionate in Marketing - June 29, 2022
0
~ Top Parent App plans to use the award to further develop the app to impact low-income communities through EdTech solutions supported...