Building on the brand concept of “Kamyabi, Kal, Aaj Aur Kal”, the movie is set against the backdrop of a tough economic situation and growing unemployment among the youth further appreciating the Indian youth to work hard and look for chances as entrepreneurs. Starting Ace Gold as the initial step in the journey to success, the movie features young and prosperous logistics business owners, Vijay, who traces his victory back to his first Ace Gold. He passes on a stirring note to the new generation, who are underqualified in a very competitive corporate environment. The movie ends with Vijay attributing his achievements to Tata Ace Gold, a trustable partner in his journey.

Developed and Conceptualised by Rediffusion, the campaign was rolled out today across several channels as different digital platforms. It’s a supplement of the brand’s philosophy, focused on displaying the Indian youth as change-makers and architects in India – socially and economically.

Tata Ace has earned the honour of an iconic vehicle since its launch in 2005, where it discovered the small commercial vehicle (SCV) classification in the country. The company realized their SCV consumers’ expectations to become their bosses and engineered Ace Gold to become the ‘Entrepreneurship Vehicle. Since its origination, Tata Ace has been the trusted partners for more than 23 lakh entrepreneurs and is the single biggest commercial vehicle brand in the country.

Speaking on the introduction, Mr Rajesh Kaul, Vice President, Marketing & Sales, Commercial Vehicle Business Unit, Tata Motors, said, “Tata Motors always played as an active role in supporting its users business growth and their dreams. The Ace product line has always embodied the soul of entrepreneurship and atmanirbharta, having made over 23 lakh entrepreneurs in the past years. With Ace Gold, India’s future entrepreneurs are given an economic means to begin their self-employment drive and helped to create a successful means for themselves. The campaign means to and cheers financial independence in the youth of the country by showing continuity and victory over arduous days. We wish our campaign becomes the catalyst for different upcoming entrepreneurs, motivating them to overcome difficulties and steer towards success”. 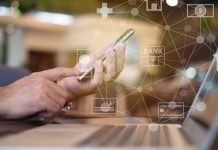