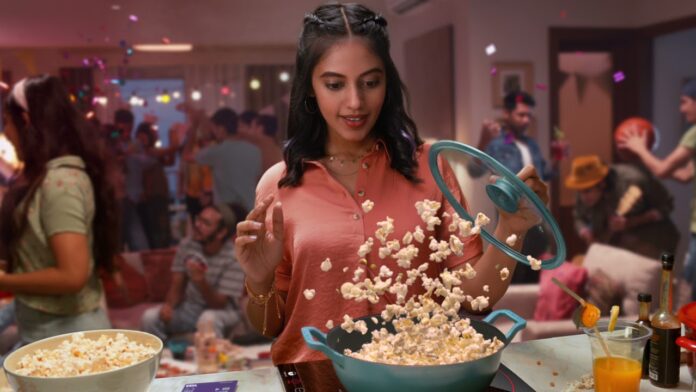 Slice, a Bangalore-based Fintech company has released its new campaign ad, giving the viewers a gist of what is in store. The credit company is redefining how the credit cards system functions in India.

The reason why Slice stands out from the others is that the start-up company acknowledges the mindset of youngsters or millennials in India. Things that Slice offers no other credit card functions that way, in India.

Slice put forwards a zero free card. This means that there are no hidden charges found in regular credit cards nor annual fees. Some other extravagant features of slice include that users can split their bills. Users can also make any sort of payment with the slice credit card with no interest deducted for up to three months. Another interesting fact is that slice offers instant rewards, such as up to 2% cashback for every transaction. What more does a millennial in the country want?

The campaign film was conceptualized by 82.5 communications and it showcases how Slice credit cards are adhering to the needs and wants of the youth. The ad and the company are also seen acknowledging what is required to keep up with the busy world.

But the protagonist suddenly realizes the way things are happening and eventually realizes there is only one thing that is happening quickly and swiftly. The slice credit card. The card symbolizes the actual workings of the company, which is to promise fast onboarding, quick approvals, instant cashback, and more.

Sumanto Chattopadhyay, chairman, and chief creative officer, 82.5 Communications, India, said, “Slice is a unique start-up brand that presented us with something that’s become remarkably rare these days – the opportunity to work on an ad campaign with a single-minded focus. The creative output speaks for itself.”

Slice has indeed become the game-changer for the country