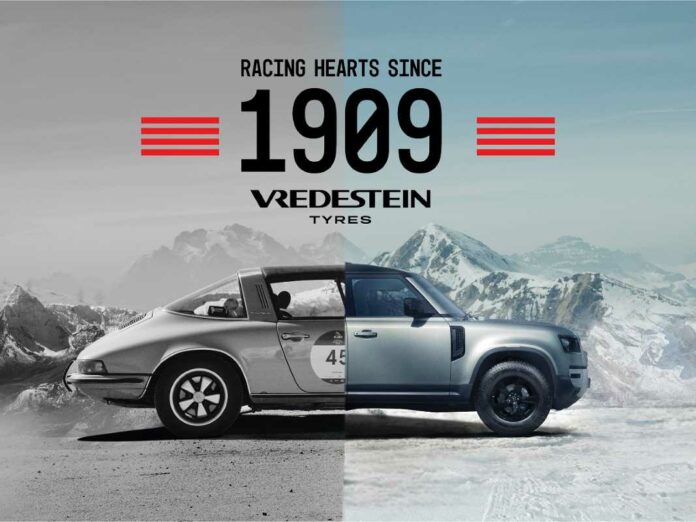 In India, Apollo Tyres has launched an awareness campaign for the Vredestein brand that is sure to get people’s hearts racing! The Indian Multinational Tyre manufacturing company is headquartered in Gurugram, Haryana.

#RacingHeartsSince1909 is a campaign that promotes the brand’s philosophy of its tires being more than simply another pair of shoes for one’s vehicle, but a product that makes driving exciting, fast, and exhilarating. And this is a sense that Vredestein has successfully delivered for more than a century, notably in Europe, with many of its tires receiving top ratings in tire tests from automobile journals that it is far ahead of the competition.

This Vredestein Tyres awareness campaign, created by Mirum, aims to highlight the unique traits that set Vredestein apart from the other tire brands: a long history of delivering tires with premium styling and ultra-high performance. And these are the two most significant aspects for owners of luxury vehicles and superbikes, which are Vredestein’s target markets.

“Vredestein is synonymous with premium styling and ultra-high performance tires,” Satish Sharma, President, Asia Pacific, Middle East & Africa, Apollo Tyres Ltd, said of the awareness campaign. “Through this campaign, which is being pushed out across mediums, we hope to promote these aspects of the brand, as well as its tradition and legacy, which are winning the hearts of many customers.”

“Our objective with racing hearts was to bring forth the joy for driving paired with the tradition of the brand,” says Arvind Nair, Director – North India, Mirum. “We concentrated on the emotion and performance legacy that has set Vredestein distinct for over a century for a brand like Vredestein.”

The awareness campaign will be launched on all social media platforms, outdoor advertising, print magazines, and BTL activations in major cities around the country.

Twinkle B - July 1, 2022
0
Anish Mehta has opted to step down from his position as CEO after spending ten years growing Cosmos-Maya, India's most successful animation...