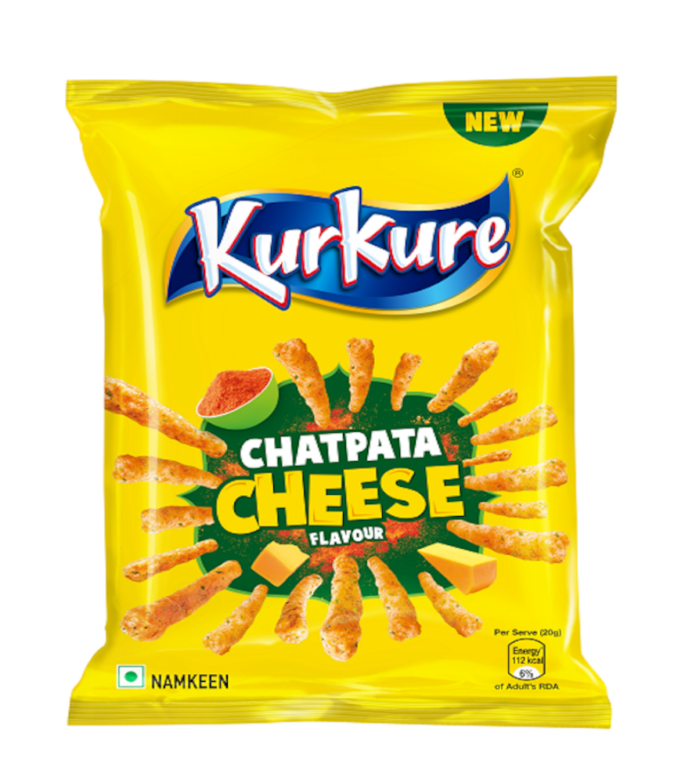 Indian salty snacks continue to see increased consumer demand for all flavour buckets like masala & cheese. Internal research in PepsiCo India released that this flavour combination has un-tapped potential in the snacks category for consumers looking for distinct flavour combinations. Kurkure offers its latest fusion product, Kurkure Chatpata Cheese, as a brand that always captures the pulse of the nation.

Kurkure Chatpata Cheese is localised from the globally iconic and widely loved platform Cheetos Cheddar Cheese & Jalapeno. Kurkure intended to create a perfect jugalbandi of jalapeno, Kurkure’s classic masaledaar flavour, and cheddar cheese that aims to create curiosity among the youth to try a new flavour that is just ‘two much fun’.

Kurkure transforms the landscape of salty snacks with its flavour profiles and novel product formats, including Kurkure Chatpata Cheese, which is available at key retail and eCommerce platforms across the nation for ₹5, ₹10, and ₹20. Kurkure will continue its unique and true representation of current Indian family circumstances in the TV commercial that would debut in June, followed by a full 360-degree digital campaign across multiple platforms for this launch.

Speaking about the idea behind the latest campaign of Kurkure Chatpata Cheese, Neha explained that the consumers are looking for a different experience and that the flavour bucket, which has a significant mix in the overall flavour basket, is also growing in double digits.

They have brought in Akshay Kumar to endorse the brand. Commenting on this, Neha Prasad said that he is somebody who even at this age has a great appeal. He is very diverse and is known as a comic icon with over-the-top humour, which is the way they have been telling stories of Kurkue.

Kurkure brand lead shared that they consider the most important KPI as their business outcome while evaluating the performance of their campaigns. When they launched their campaigns, they had KPIs benchmarked to industry standards and they had already seen their early traction in terms of availability, their target and business performance are ahead of their own benchmarks. They are expecting a great reach and engagement for their product.

Sagar Sunny Patel - July 1, 2022
0
It's time to put an end to the pre-Diwali cleaning frenzy. It is possible to clean every nook and cranny of your...