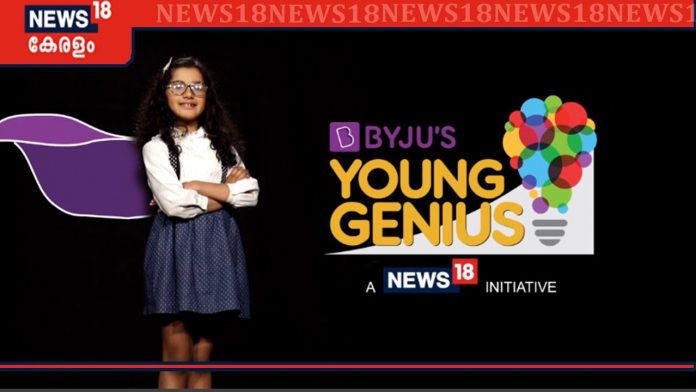 News18 Network and BYJU’S today revealed the show’s launch date of 16 January 2021 as part of ‘Young Genius’, an effort to showcase, appreciate and encourage young geniuses in various fields around the world. ‘Young Genius’ kick-started with a promotional program “Call for the entry” on Children’s Day. In an 11 part weekly show, the last chosen young geniuses will be featured. Child prodigies from diverse fields such as education, creative arts, science& technology, and sports will be featured in each episode. Using a rigorous procedure involving an eminent jury directed by Amitabh Kant, CEO, Niti Aayog, Padma Bhushan Dr. Mallika Sarabhai, Sardar Singh, former Indian Hockey Captain, and Shereen Bhan, Managing Director, CNBC-TV18, these prodigies are screened and picked.

The program has gained sponsorship from numerous prominent public figures and celebrities and supports these infant prodigies. Leander Paes, Dutee Chand, Shankar Mahadevan, Rajkumar Rao, PV Sindhu, Sonu Sood, Soha Ali Khan, and Virender Sehwag are just a handful of the many who will be seen cheering on these remarkable children in the episodes.

A riveting anthem ‘Umar Choti, Kaam Bade’ composed and sung by Salim-Sulaiman and written by Shraddha Pandit is being launched on television, digital, and radio to mark the launch of the show. The anthem created by Story Yarn Films is a salute to child prodigies and honors every child’s imagination and cleverness.

Salim Merchant, The Eminent Music Composer, commenting on joining hands with Young Genius, said,” We are very lucky to have the chance to compose music for Young Genius, an amazing show and beautiful movement that empowers children, especially those with outstanding talents that have been identified and nurtured at a young age. I am pleased that News18 Network & BYJU’S are promoting something that can lead in a very special way to our country and community. As such a promising space, Edu-tainment has emerged and both Sulaiman & I are indeed lucky to contribute to this. For us, it’s also a learning opportunity, and we wish all the kids and the show a fantastic start and several more seasons of celebration and inspiration.” Mayank Jain, CEO-Hindi news,  News18 Network, described the show’s layout, said ” This is a remarkable new show, and in our country, we are fortunate to showcase & promote infant prodigies. Families will be able to come together to watch this great show that will inspire others through the tales of these extraordinary kids. It will be telecast on News18 Network on an outstanding level, with twenty-one child prodigies shown on 18 of our channels in eleven episodes from 16 January to 27 March. As the largest news network with 70 crores on TV and 20 crores on digital, we look forward to the advent of BYJU’s Young Genius as a unique movement celebrating India’s future ”

Passionate in Marketing - November 24, 2021
0
It is said “Good taste of food is the way to the heart”, but who takes care of the heart? A good cooking oil...