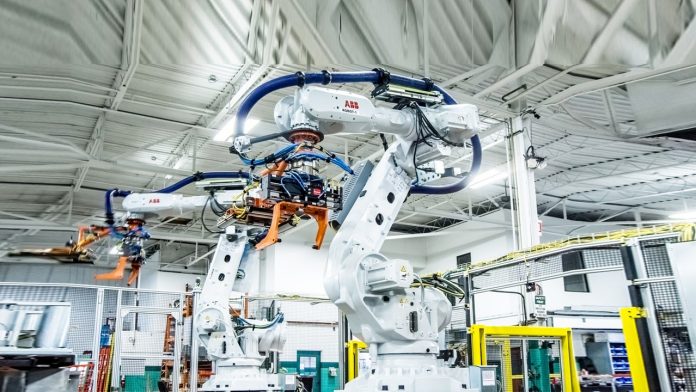 Ola, one of the world’s leading mobility firms, today revealed that it has chosen ABB as one of its main partners for robotics and automation technologies to carry out the much-awaited Ola electric scooter in its mega-factory in India. In the coming months, Ola’s scooter mega-factory, which is claimed to be the world’s biggest scooter factory, is expected to be ready and operational. To maximize robot performance, efficiency, and product quality, ABB robots will be digitally incorporated into Ola’s AI-enabled mega-factory.

” As a primary supplier and partner for robotics and automation systems that will be implemented in our scooter mega-factory, we are pleased to have onboard ABB, a world pioneer in robotics, computer automation, and digital services. The technologies from ABB will run on Ola’s proprietary AI engine and software stack embedded in our mega-factory scooter.” Said Bhavish Aggarwal, Chairman, and Group CEO at Ola.

In its factory’s main production process lines, including its painting and welding lines, Ola will use ABB’s automation solutions, while the ABB robots will be commonly used for battery and motor assembly lines. In its painting and welding lines, these include ABB’s “IRB 5500” paint and “IRB 2600” Integrated Dressing robots, and “IRB 6700” robots for assembling and material handling in the assembly areas of the battery and engine. Using the robots and automation systems from ABB will ensure remote digital access and control of the robots operating on the proprietary AI engine and software stack from Ola.

Ola designs its mega-factory on the principles of Industry 4.0 and is driven by its own proprietary AI Engine and technology stack, which would be fully embedded into all its processes, constantly self-learning and improving all facets of the production process. This will provide the whole operation with unparalleled power, automation, and efficiency, particularly with the implementation of cyber-physical and advanced IoE systems by Ola.

Ola’s mega-factory will generate 10,000 jobs with an initial annual capacity of 2 million units and serve as the company’s worldwide production center for both India and foreign markets throughout Europe, the UK, Latin America, Australia, and New Zealand. The mega-factory, with around 5,000 robots and automated driven vehicles in use until the factory is fully operational, is also anticipated to be the most automated in the country.

Author - January 22, 2022
0
The Gujarat government on Thursday chose to delay the tenth version of the Vibrant Gujarat Summit that should have been introduced by...