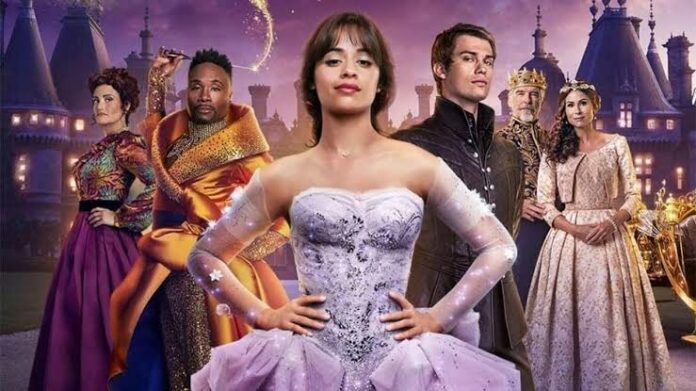 Amazon Prime video’s currently streaming number 1 movie Cinderella has been making headlines and let’s say it deserves to be. Contrary to the traditional movie this Cinderella movie has its twists and turns.

The Amazon original movie takes a different perspective compared to our regular Cinderella movie. The classic Cinderella movie was about a young girl confined to her basement and serving her vicious stepmother and stepsisters.

She did not know life outside her basement. The prince in the movie was supposed to somehow magically come to rescue her, wherein Cinderella could have rescued herself. The original Cinderella has been in debate about how it is sending out the wrong meaning to young girls watching the movie.

What makers do not realize is young girls watching this movie are somehow wired into believing that, when there is a problem a ‘prince’, in the social context a boy or a man, will come to your rescue. The movie does not promote young girls or women that they cab rather than believe that ‘I can help myself.

The modern Cinderella changes the norm and gives out a feminist viewpoint. The movie in turn gives out a message that young girls can make it on their own. In this movie, Cinderella is confined to a basement and rejects the offer of being a princess. The reason being that Cinderella wants to chase her own dream.

The makers of the movie were also able to acknowledge other problem areas in society. Honoring the meaning of the movie Amazon Prime video collaborates with the students of Pearl Academy.

The students were asked to create their gown for Cinderella, with the condition that the gown should portray the various aspects modern cinderella stood for, such as fearlessness, strength, determination. This gown represented the Cinderellas of today among us.

Top three were selected among many who had participated. The first place went to Yin Yang Fantasy by Mahak Bhatia, Manvi Goel, and Harshit Sharma. The Astria Dress by Disha Gupta and Nishita Singhal and Avyanna by Rohit Mane and Sanskriti Jha were the first runners up and second runners up respectively.

The currently streaming movie on Amazon Prime video, directed by Kay Cannon, has Cinderella being played by global recording artist Camilla Cabello. The movie has other famous artists such as James Corden, Billy Porter, Pierce Brosnan, Minnie Driver, and many more.