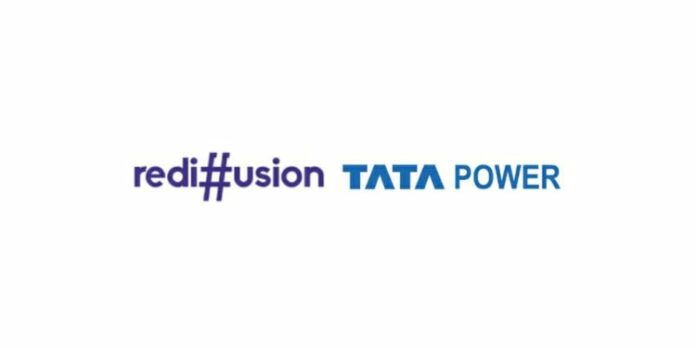 Rediffusion has announced that it has secured Tata Power‘s whole creative and media mandate.

Rediffusion was a company that delivered radio and television transmissions via wired relay networks.

The company spawned a number of others, notably Associated-Rediffusion, afterwards known as Rediffusion London, the first ITV (commercial television) franchisee to go on the air in the United Kingdom. In 1968, Rediffusion International Music was founded as a record label (which was also responsible for the short-lived Koala label).

Rediffusion will manage Tata Power’s creative, media, and digital work across all of its business clusters, including generation, transmission & distribution, renewables, and new business services, as well as ESG and CSR areas.

The Tata Power Mission is very important to us. Rediffusion is honoured to be collaborating with Tata Power on a variety of intriguing and consumer-relevant products. What’s more, practically the whole product line is Green and Earth-friendly. Dr. Sandeep Goyal, Managing Director of Rediffusion, states, “Our teams in Mumbai and Bangalore will be working on the account.”

Tata Power is evolving into an agile EaaS (energy as a service) provider, providing cutting-edge green and smart energy solutions to its 12 million and increasing client base throughout the country. “Because Tata Power 2.0 is poised to bring orbital shifts to all of its business clusters, Rediffusion is in a prime position to join us at this exciting time; its skilled creative and media support will help us fortify our credentials as a Utility of the Future among all our stakeholders,” said Praveer Sinha, CEO & Managing Director Tata Power.

Tata Power Firm Limited is an Indian electric utility company that is part of the Tata Group and is headquartered in Mumbai, Maharashtra. The company’s primary business is to create, transfer, and distribute power. It is India’s largest integrated power company, with a total installed capacity of 10,577 MW. Tata Power was placed third in IIM Udaipur‘s 2017 Responsible Business Rankings. Tata Power became the first Indian business to supply more than 1 GW of solar modules in February 2017.