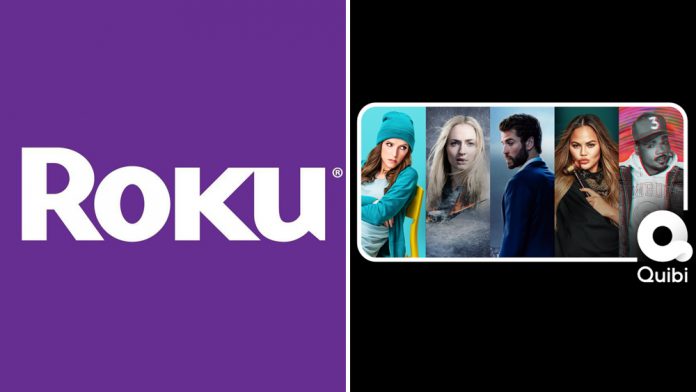 Roku is a brand of digital media players for hardware produced by the American company Roku, Inc. They provide access to media content streaming from different web platforms. In May 2008, the first Roku model was established in partnership with Netflix.

Roku announced the acquisition of Quibi’s rights to the content in response to millions of U.S. households ditching cable and satellite TV services. They are offering a library of original shows from the short-lived mobile video service that was launched and shuttered in 2020 to the developer of popular streaming media devices. This year, Roku plans to carry programming per the announcement on its ad-supported Roku Channel, which is free to its streaming device users.

Roku Channel holds several connected TV (CTV) applications. With a slate of original programming from producers who have licensed content to Quibi, the company will make its Roku Channel more distinct. Roku will broaden its audience with the initial shows, giving it a better role in negotiating advertisement rates with media buyers.

For Roku, the content of Quibi can help differentiate its platform from over-the-top (OTT) competitor services such as Amazon Fire TV, Google Chromecast, and Apple TV. Each platform has a combination of ad-supported programming that is free for viewers and subscription services that do not carry advertising, such as Netflix. For free and premium news and entertainment, the Roku Channel is the company’s hub.

Quibi raised $1.75 billion under the leadership of film mogul Jeffrey Katzenberg and former Hewlett Packard CEO Meg Whitman to build a streaming network, designed to cater to younger individuals whose media consumption has moved to mobile devices. The programming of Quibi consisted of short episodes that audiences could watch during the day in brief moments.

However, facing a competitive market for video-on-demand services and the absence of breakout shows, the site struggled to gain momentum, prompting it to shut down only six months after debuting. Quibi’s rapid demise may also mean that customers, especially when they were stuck at home during the pandemic, were able to stream shows on larger screens and did not enjoy a mobile-only viewing experience. With a cross-device platform, the contract with Roku gives the programming new life.