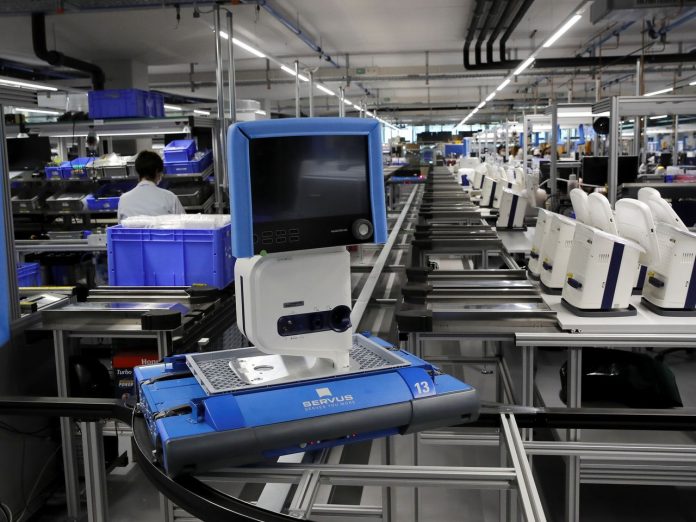 Thailand’s auto-related businesses are reopening after months of shutdowns, promising relief for laid-off workers. The COVID-19 damage to car demand will affect Thailand’s output by almost half to 1.14 million vehicles this year.

While EVs require just 10% to 20% as many of parts as internal-combustion vehicles and the shift toward electric vehicle could smack the local auto industry because it is dominated by hundreds of parts makers. Thai auto-parts makers are scrambling into industries like medical equipment (making filters for protective mask), a trend likely to keep reshaping Southeast Asia’s second-largest economy after the pandemic passes.

The Bangkok-based company is looking to branch out into making filters for industrial and medical use and developing a new kind of protective mask. That company avoided laying off any of its hundreds of workers by offsetting the drop in orders from automakers with an increase in replacement parts. Others moved to package and aviation.

Thai Auto-Parts Manufacturers Association head Mr.Sompol Tanadumrongsak said that “It’s a pivot to industries that use the same processes because there is already expertise in machining,”

According to International Energy Agency forecasts, global sales will rise 6% this year to 2.3 million vehicles before exploding to 45 million by 2030. Thai’s parts makers were starting to shift gears as the global car industry moves toward EVs, spurred by the likes of Elon Musk’s Tesla Inc. The government targeted EVs at 30% of production, or 750,000 vehicles, by 2030, initially for domestic use in a bid to curb pollution

Sammitr Group the Truck-chassis making company received approval for a $170 million project to make 30,000 battery-power vehicles a year in a joint venture with a Chinese company. Honda Motor Co and Nissan Motor Co received approval for investments worth a combined $888 million to produce hybrid EVs and batteries in 2018.