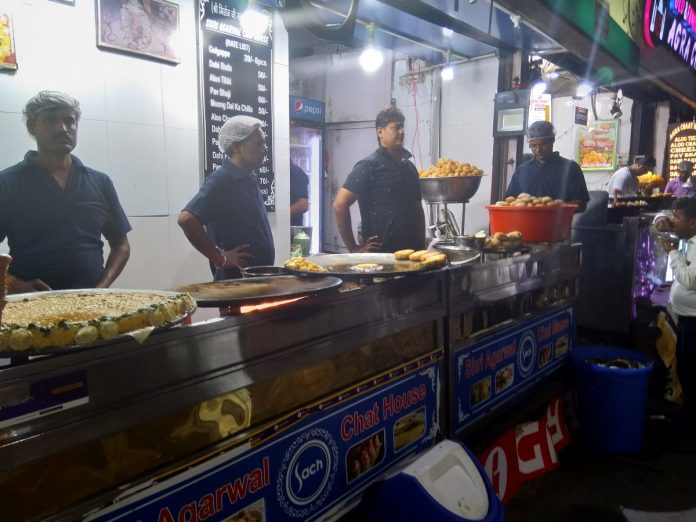 As each year passes, Indian Youngsters are getting more and more brand conscious but their love for local eating joints remains strong. The students of Dr. BR Ambedkar University, Agra, conducted research that revealed that the students are fans of instant noodles. The study also showed that they equally prefer gol gappas, kachoris, and samosas while they like pizzas, burgers, and other fast foods. A student of Masters in Statistics, Mr. Garima Taneja, said that the topic was ‘A Statistical Study on the Trend of Fast-Food Consumption’ and this research was conducted by about 100 students of the Institute of Social Science of the University. This study was conducted among the students of engineering, arts, and science streams at the university.

Taneja stated that the main intention of the study was to find out how much the students spent on average fast foods and which fast food was their favorite. The study also sought out their favorite eating joints and the various characteristics that made them choose that particular fast-food point, which included the effect of price and advertising. Most of the students included in this study were residents who were living in Agra with their families and had access to home-cooked meals. Because of this study, It was discovered that the tastebuds ruled the choice of the students and fast food was a part of their daily eating routine. Brands did not have any importance in their choice, as a matter of fact, instead of going to a big-brand café they liked the taste of fast food sold on a roadside stall and prefer eating there.

Instant noodles came out as the most favorite fast food of the students and the ‘desi taste’ of Samosas overshadowed that of pizzas & burgers. Taneja said that after conducting a traffic comparison big brands like Domino’s, McDonald’s, KFC, Subway, and Pizza Hut didn’t stand a chance against the popular local eating joints. Although the students occasionally visited the branded eateries, they spend 50% of their pocket money on the fast-food bought from local eating joints. Even though 44% had been affected by some other metabolic ailment because of excessive fast-food consumption and 75% of the students were aware of the damage fast food does to a human body, this did not diminish their spirits and they said that just like before they still went on consuming fast food.

Dr. SK Kalra, senior physician commented on this issue that fast food has become a threat among the young population He also said that both oily foods and fast foods are harmful to the health and the families should keep observing the eating habits of their wards such that they don’t tend to develop digestive ailments early in their lives.