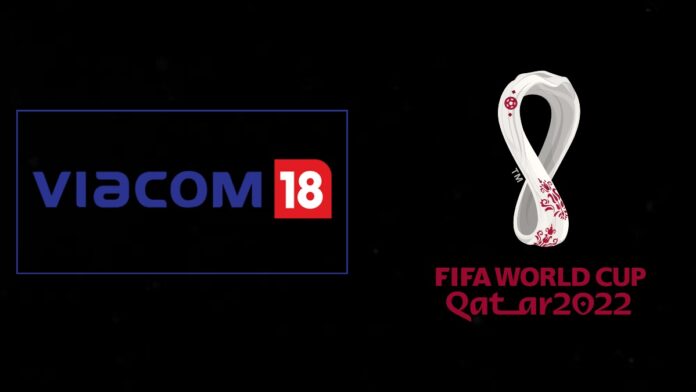 Reliance backed Viacom18 has reputedly secured the media rights for FIFA 2022 in Qatar for INR 450Cr. The media has conquered the well-known broadcast media like Sony and Star.

The company has also won rights to Spain’s LaLiga, Italy’s Serie A, France’s Ligue1 along with Abu Dhabi T10 league in the past few months.

The 2022 FIFA World Cup is organized to be the 22nd FIFA world cup competition, the international men’s football competition held by the National Teams of the Member Associations of FIFA.

Viacom 18 is a Joint Venture between TV18 and an American Entertainment Conglomerate, ViacomCBS located in Mumbai. It was formed in November 2007. It is a joint venture of Network18, majority of 51% owned by Mukesh Ambani’s Reliance Industries and ViacomCBS, with a 49% stake. In 2010, Viacom launched Aapka Colors in the United States. It also launched Nickelodeon Sonic in December 2018. The media also handles Viacom18 Studios. In October 2019, it launched Colors HD in Malaysia.

The media operates a variety of channels like nick jr., MTV, MTV beats, nickelodeon, nickelodeon sonic, colors infinity, comedy central, colors super, and Vh1 to name a few. It has 46 channels reaching out to 80 countries in 8 different languages.

Viacom18 on-air shows cast the most appealing and engaging content in India with Entertainment channels entertaining the country in Hindi, English, and 6 other regional vernaculars.

Not long ago, former Star Sports Sales head Anil Jayraj was hired as Viacom18’s CEO and there is no doubt that his presence and perseverance have led to the beginning of a modification in India’s variation of watching sports.

The championship is scheduled to be organized in Qatar from November 21st to December 18th, 2022. It is the first football championship to be held in the Arab country and the second world cup to be held in Asia after the tournament in South Korea and Japan in 2002. The match will involve 32 teams. The 2026 tournament will have 48 teams organized in the United States, Mexico, and Canada. The matches will be broadcasted live on MTV channels and live-streamed on VOOT Select.