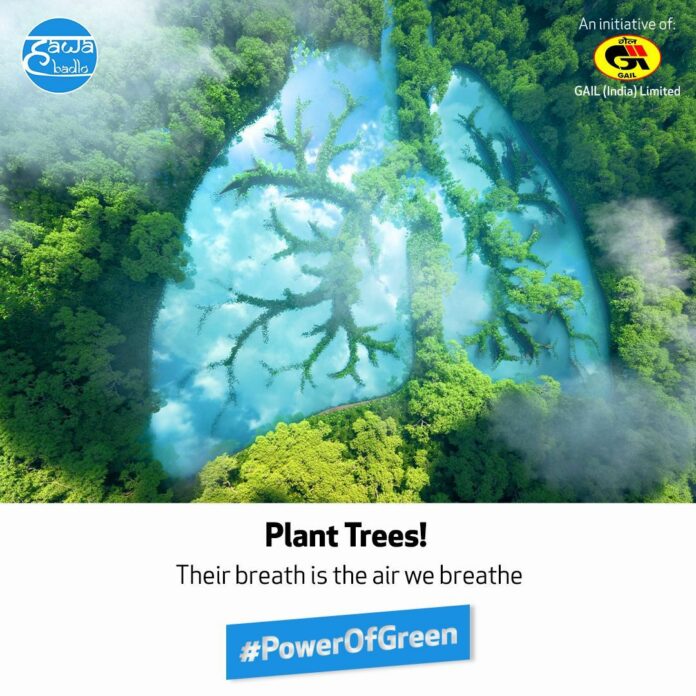 GAIL (India) Limited has launched a digital campaign to raise awareness about air pollution’s detrimental effects on our daily lives and encourage people to share photos and videos whenever they come across activities that cause air pollution as there is growing medical evidence that is shortening people’s lifespans.

Through GAIL’s Hawa Badlo initiative, the campaign titled “Air Pollution Ka Alarm” has been launched. Through Hawa Badlo’s digital platforms, several posts, reels, and short stories are being published under this. A short film on #AirPollutionKaAlarm that was published on Hawa Badlo’s Youtube channel serves as the campaign’s focal point.

The short film documents a woman and her two daughters-in-law discussing various wellness and fitness regimens after their morning workout. The younger daughter-in-law occasionally uses an inhaler, while the older one has a persistent cough. Despite their high level of knowledge about current wellness programs, they seemed to have overlooked the air pollution issue, which puts everyone at risk.

The movie makes it abundantly clear that air pollution hinders routine daily activities. It is set against the backdrop of a deserted jogger’s park where kids have given up on the swings, and there are only a few joggers to be seen. By the movie’s conclusion, the mother-in-law rises to the occasion. She emphasizes that unless we combat air pollution by yelling the campaign’s catchphrase, “Alarm Baja,” no wellness program will be successful. She concludes by summarising the quick actions that should be taken to combat air pollution, including switching to CNG for cars and piped gas at home.

S. Halder, the executive director, commented on the most recent Hawa Badlo campaign by saying, “Hawa Badlo is our ongoing initiative to spread awareness about air pollution and educate the populace to switch to cleaner fuel. While traveling, it was discovered that although people are aware of the negative consequences of using polluting fuels, they are unaware of how to fix the issue. The campaign has changed to encourage people to switch to natural gas and other cleaner energy sources for a healthier and more sustainable lifestyle by raising awareness of the options for energy.

GAIL has been playing a crucial role in creating a mass movement for an expedited transition to a cleaner energy mix with the vision of a better environment with cleaner energy. GAIL launched the Hawa Badlo (Change the Air) campaign, an independent people’s movement, with the primary goal of raising awareness about the adverse effects of air pollution.

Millions of people’s lives are being digitally touched annually by the campaign, which raises awareness, enables people to connect their energy consumption habits to how they affect their health and the environment, and inspires them to voluntarily switch to natural gas, which is more affordable and better for the environment.

Anna Saji - August 9, 2022
0
The Kerala High Court stated on August 3rd that the conditions stipulated by the CBFC (Central Board of Film Certification) for a...