Realme has introduced a new feature for Realme smartphones. Glance for Realme will be available to the Realme C25 smartphone through a new OTA update.

Glance for Realme will provide superlative and informative content across subscribed categories like news, games, entertainment, sports, and shopping on the Lock screen.

Glance, India based lock screen content platform on Thursday announced that it has entered into an exclusive partnership with smartphone brand Realme to power the lock screen of its smartphones in India and Indonesia with new content.

Glance is expected to be available on a majority of Realme’s devices in these regions. Realme consumers will be equipped to discover high quality, personalised content in multiple languages and categories.

The partnership will enable Realme users in India to access Glance LIVE. Glance will feature real-time content on the live stream. It will feature content by creators and celebrities from sports, current affairs, live games and commerce.

Glance Game Center will also be offered, it hosts a wide variety of games in multiple genres and engaging features such as liking and sharing of lock screen content with friends via messaging services.

Glance has more than 150 million active users in India, and 25 million in Southeast Asia. It has been adopted by leading Android smartphone brands.

Realme targets to feature Glance on approximately seven million smartphones in Indonesia and thirty million of its smartphones in India, by the end of CY2022. Glance will have a major boost in the active user base in these countries.

Francis Wong, Chief Marketing Officer, Realme India said, Realme is committed to equipping the users with the exclusive and most premium experiences available in the market.

Realme is the most trending and trusted smartphone brand in India and Southeast Asia. It provides a state-of-the-art product line that ranges from entry to premium categories.

It is well favoured amongst the youth, who form the majority of Glance’s user base, said Aditya Goyal, Vice President and General Manager, Strategic Distribution Partnerships, Glance. 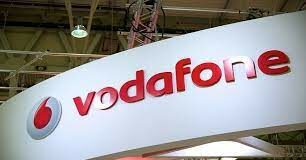 Author - May 23, 2022
0
The Union government is set to turn into the greatest investor of Vodafone Idea Ltd as soon as the following week, an...