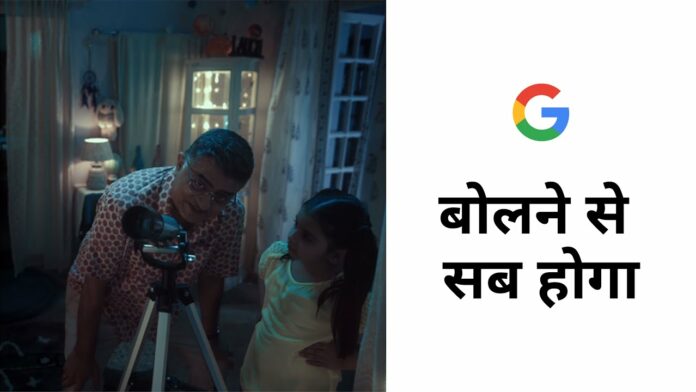 Google, the most used and relied-on search engine in the world has now expanded its limits. The new campaign ad shows us how voice search has a new definition. Google acknowledges the culture of Indians and hence brings this change.

It was in May 2012, that Google had initially released the voice search option. In India, for a long time, one had to know English to command their needs to google. But now things have changed.

India is the seventh-largest country in the world and it has around 425 million people who mostly communicate in Hindi. The amount of people who speak other languages increases much more. Acknowledging our cultural differences and how there are several languages that exist among us, Google expands the languages that Google voice search can understand.

The languages include Hindi, Marathi, Bangla, Tamil, and Telugu. These native speakers can now freely talk to Google for all their needs. The campaign’s motto is to promote the intention behind the campaign which is ‘Bolne se Sab Hoga’. This translates to just by saying what you need, you can now get everything done.

Following this, the young girl is simply disappointed on her birthday when she receives tons of dolls for her to play with, a stereotype that still exists where we believe girls only enjoy the company of dolls.

But the uncle, thanks to Google, knew exactly what she wants. He got her a telescope for her to see the moon as close as possible. Her uncle was able to not follow the path of what our stereotype has been asking us to do.

By this initiative, Google is in fact acknowledging our diversity as a nation. This also promises that the multilingual voice search engine is about to bring in more language recognitions for us to rely on.

Betty Sebastian - October 19, 2021
0
Accenture is a multinational company that has its office locations in various parts of the world. Accenture Federal Services (AFS) is a...