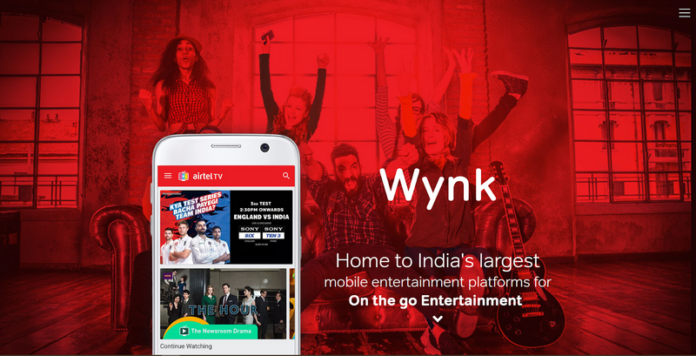 Wynk Music, India’s number one music streaming app in terms of downloads and daily active users, today announced the launch of Wynk Studio, the country’s largest music distribution ecosystem for independent musicians operating in India and abroad. The studio will help musicians debut their songs while also assisting them in monetizing their music across a variety of channels. It will be part of Airtel’s digital product portfolio, which already includes Wynk, Airtel Xstream, Airtel Ads, and Airtel IQ.

Wynk Studio is Airtel’s first step in accelerating India’s music ecosystem. In the following year, the studio intends to debut 5000 independent artists on the site. This will bring forward unrecognized talent that has been hampered by the music business’s three most pressing problems: discovery, monetization, and analytics, all of which decide the difference between success and failure in the Indian music industry.

The Indian music business is at a crossroads. Indians, on average, listen to music for roughly 21 hours each week, compared to the global average of 18 hours. Almost 30% of the top performing songs on any music platform in India today are from independent musicians, and these independent artists are all set to fuel the industry’s development by 50%, from around 2000Cr now to 3000Cr by 2025.

Here’s how Wynk Studio may assist an artist:

Discovery – Allowing musicians to release their work on the Wynk music app as well as other music outlets. On the Wynk app, music fans may store, download, and even follow their favorite musicians.

Monetization – Assists young artists in achieving record streams in competitive timescales by using Airtel’s strong distribution capabilities. This assures stable payments for musicians across all platforms, allowing them to pursue a music career.

Independent musicians now have an unprecedented chance to take their voice straight to the public, thanks to Wynk Studio and Airtel’s unequaled reach. Wynk has also set aside Rs 100 crore to encourage and facilitate the discovery of local talent on the app.

Wynk Studio already has over 100 musicians from India, Singapore, and the United States on the site, with some, like Nishad Patki from Pune, a professor, quitting their work to follow their passion for music full-time. Mumbai-based Prateek Gandhi (34 million streams), Gagan Baderiya (17 million streams), Harsha Prawin (20 million streams), and small town sensations Ajay Nagarkoti from Haldwani and D-Shaw from Vapi are among the musicians with over a million streams apiece.

Consumer desire for regional music has increased in recent years, even as Bollywood and international music have remained popular. The desire for local performers who perform in regional languages and dialects is increasing as smartphone usage rises. Wynk provides music in 15 Indian languages, and regional songs currently account for more than 30% of total app streams. Songs in Oriya, Gujarati, Assamese, Marathi, Telugu, and Bhojpuri have grown by 150% or more and are popular outside of their native states.

Passionate in Marketing - September 22, 2022
0
In recent years, television technology has gone through a dramatic transformation. From black and white to colour image tubes, box TVs to...