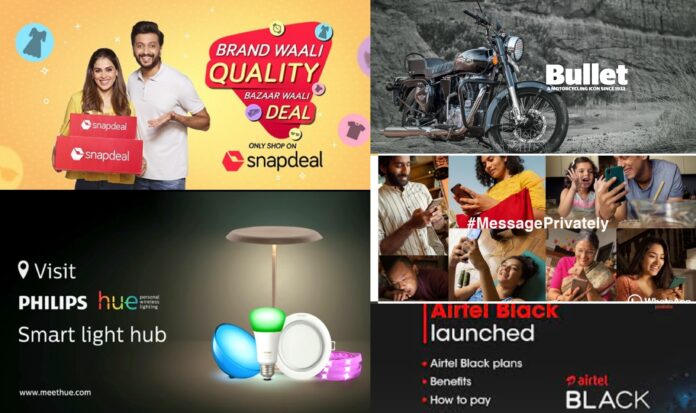 Brands and advertisers were particularly active in August, with many events planned. The advertisers gave it their best, whether it was passionate, energetic, or patriotic. August saw the celebration of Independence Day, Raksha Bandhan, Onam, and Janmashtami, signaling the start of a hectic festival season. Advertisers came out with campaigns to mark these festivities.

Advertisers launched ads to coincide with these celebrations. Simultaneously, we saw businesses such as Philips raising awareness on World Breastfeeding Day and Whatsapp raising awareness about its policy with Messaging Privately. Royal Enfield took the story on the road, creating a video featuring magnificent vistas of Ladakh that followed a lone female rider’s trip back to her roots.  It examines the advertising campaigns that stood out and struck a chord in August 2021.

Breastfeeding is lovely, but it is not simple. Through the introduction of their #TeamBreastfeeding campaign during World Nursing Week, Philips intended to emphasize that breastfeeding should not be viewed as an issue that only women and mothers face, but rather as a shared duty for both parents. #TeamBreastfeeding developed a marketing film that takes viewers on the journey of a woman and her challenges with nursing. It’s a moving story that focuses on a mother’s psychological and physical change.

As part of the company’s digital marketing campaign, Royal Enfield just released a brand-new short about returning Mumbai-based Coconut Films conceptualized and produced the film before Royal Enfield acquired it. As one motorcyclist makes his way through Ladakh, the wheels trace out the circle of life underneath him. The video, which is aimed at all bikers, has been distributed digitally on social media platforms.

WhatsApp‘s worldwide consumer marketing campaign ‘Message Privately’ was launched in India. With this new ad, WhatsApp emphasizes its commitment to customer privacy through its end-to-end encryption technology, which was first introduced in July 2020 as part of its previous ‘It’s Between You’ promotion.

“Brand Waali Quality, Bazaar Waali Deal” is the slogan of Snapdeal, India’s largest value e-commerce firm. Buyers who know what they’re getting for their money are It expresses Snapdeal’s unique value offer of high utility products, including fashion, accessories, homeware, and more, at accessible rates. On the other hand, it pokes fun at the burden that consumers experience when they want to live a “branded” lifestyle.

Airtel is focusing on this term after launching the first advertisement for its Airtel Black service. It’s being billed as “India’s first all-in-one solution for households,” and it allows Airtel customers to bundle their Fiber, DTH, and mobile services into a single contract. The commercial portrays a stressed-out man who is in charge of responding to each family member’s concerns about sluggish internet, inattentive cable men, a lack of wi-fi connectivity, and unpaid phone bills.

Passionate in Marketing - January 27, 2023
0
Mumbai, January 27, 2023: Indian tyre major, JK Tyre & Industries in their constant endeavor to cater to the evolving consumer needs and to...