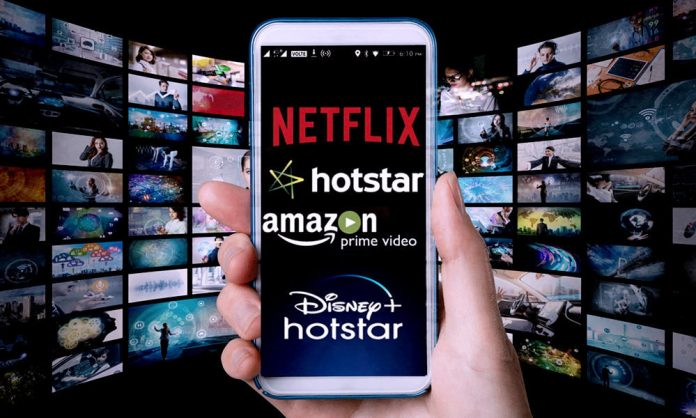 Due to the COVID-19 pandemic across the country, the Multiplexes and Movie halls have been forced to shut down. For new movie releases, OTT players have become alternative platforms it has been a win-win for the digital industry for production houses and viewers.

Watching the first show on the first day of the new release at home definitely will not be much interesting, and thrill compares with watching it on a big screen along with hundreds of other filmgoers and one’s choice of refreshments. These platforms are currently an alternative solution until the COVID-19 situation improves and all halls are allowed to reopen.

Releasing films directly to OTT platforms leads to an increase in digital piracy, Especially with the advent of new technologies.

Based on the report of Digital TV research, because of the piracy in India, there is a huge loss expected for the OTT platforms by 2020 around $3.08 billion, while the global online streaming piracy will reach $52 billion by 2022.

The second wave has increased this problem because more people are looking at these things at home, present technology infrastructure enables us to view anything and everything from home. Also, many people are spoiling video content include- password and credentials sharing, file sharing over the internet and via social media, and purchasing illegal streaming boxes.

Recently, Salman Khan- ‘Radhe’ movie has been the Biggest Bollywood release on the OTT platform this year. The movie has huge traction with its streaming on ZEE5 and Zee Studios, it was also the victim of piracy as it was leaked on platforms like Telegram and WhatsApp within the minutes of its release on digital.

Earlier also illegal streaming was there, but now everything is cheap in terms of a plan. Also, most of them are now moving from browser economy to app economy. Browser economy had more piracy because of uTorrent and many other apps where users are downloading. For app browsers, there will not be piracy in general so piracy has come down massively. And if we look at the OTT platforms, it will be easy to block if after a few minutes of illegal releases.

Customers are searching for more content and more comfortable with streaming services over digital. So, there will be more probability to consume data.

So to make it easy for viewers to get access to content with global releases and market-appropriate pricing, instead of using illegal services, they will prefer to use legitimate services.

Many people don’t like to pay for watching movies on mobile phones, instead, they just opted for the piracy content which is free to watch. Hence, piracy has been a bigger threat for OTT platforms than for Cinema.

Jesna Jexan - December 7, 2021
0
Mobile shooting content has proven to be a revolution in advertising and entertainment for people alike nowadays. During the primary closure caused...